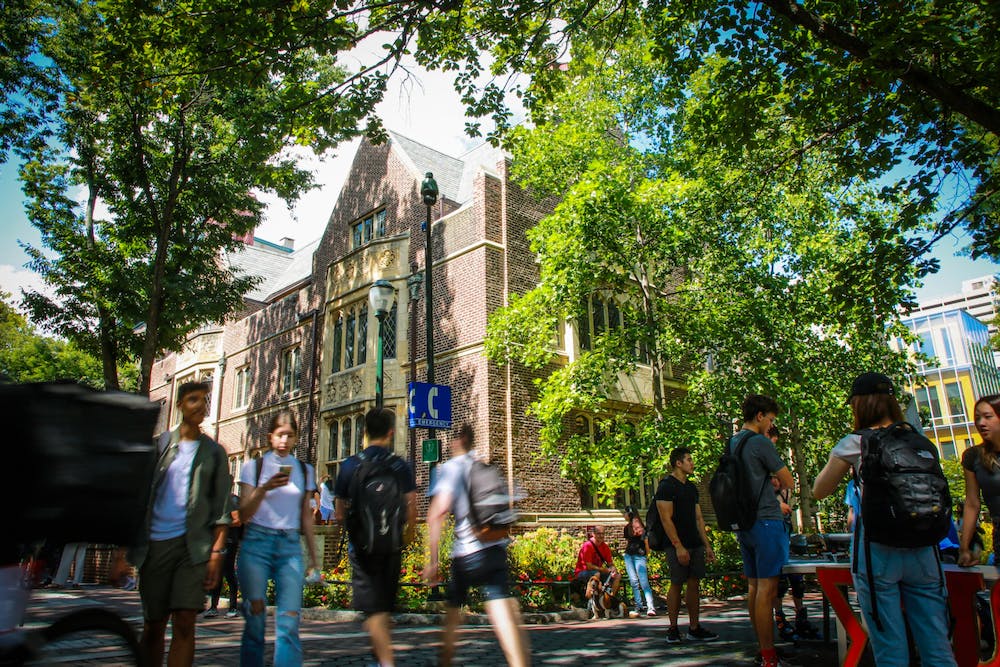 After years of campaigning and student advocacy, Penn has begun renovations on the Arts, Research, and Culture House, designating it as the home to the University’s main minority coalition groups and cultural resource centers.

The grand reopening of the redesigned ARCH building, which will include remarks from Penn President Liz Magill, is set for Sept. 7 from 11 a.m. to 6 p.m. but renovations will continue through the spring 2023 semester.

The main minority coalition at Penn, known as the 7B, came to an agreement with the University in May to expand the cultural resource centers located in the ARCH’s basement  — which include Makuu: The Black Cultural Center, La Casa Latina, and the Pan-Asian American Community House — into the rest of the ARCH building, incorporating study rooms, social spaces, and re-designated offices.

Natives at Penn, which joined the 7B in December of last year, will move from the Greenfield Intercultural Center to new space in the renovated ARCH building. Staff from Penn’s three cultural resource centers also moved upstairs from the basement as of Aug. 5. Second and third floor office spaces are being repurposed as group study and meeting rooms.

With the expansion of the ARCH, we're also welcoming in more of Penn’s diverse student population and making sure they have a place and space as well. 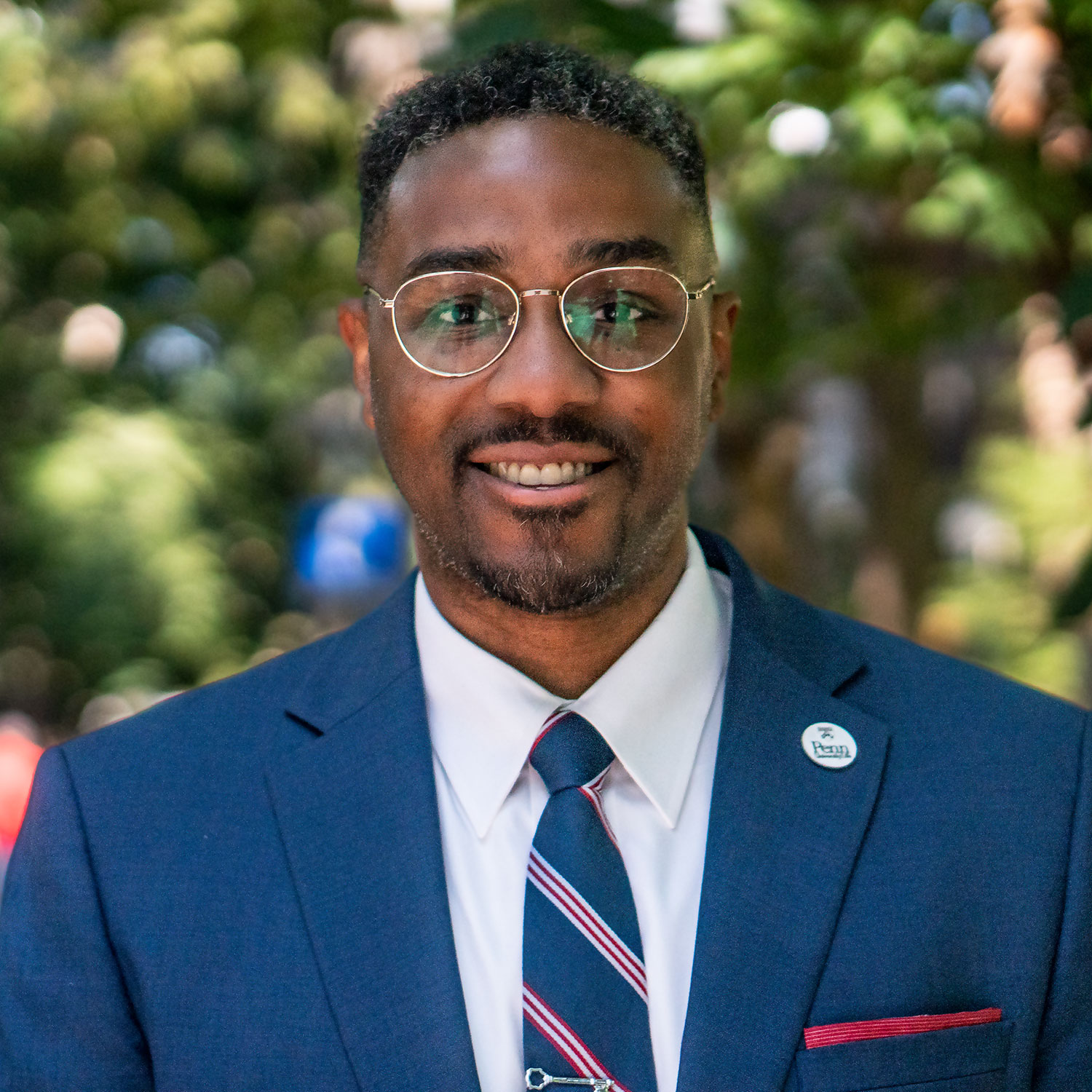 The renovations are being branded under the “Reimagining the ARCH” campaign. University Life, currently led by Interim Vice Provost Tamara Greenfield King, is overseeing the renovations in collaboration with students, cultural resource center staff, faculty, and administration.

King told The Daily Pennsylvanian that the University views the remodeling as a “welcomed, positive, historical moment” and a representation of the University “making good” on its commitment to its diverse student body after their years of advocacy.

“[Students] have advocated, on their behalf, for the opportunity to actually have more space on campus — have more social space — and been sometimes critical of the University,” King said. “But at this moment, we are proud to say they will have the ability and are being gifted the entire [ARCH] building for their access and use for educational programs, social programs, public events, by way of speakers, lecture series, and all sorts of cultural celebrations.”

ARCH is in the initial stages of remodeling and designating space for the respective cultural centers for groups in the 4B: UMOJA, the Latinx Coalition, the Asian Pacific Student Coalition, and Natives at Penn. The building will undergo aesthetic and physical changes this fall, primarily to the first floor.

“Inclusion and belonging are essential to the mission of the University, and we are proud to work with our students and the Cultural Resource Centers to create a vibrant and supportive home at the heart of campus in the ARCH,” Interim Provost Beth Winkelstein wrote to the DP.

The ARCH building, built in 1927, first housed Penn’s Christian Association. Prior to the renovations, the building was home to the Center for Undergraduate Research and Fellowships, scholar programs, meeting space, and administrative offices. The University relocated CURF to a “temporary home,” freeing up space for the CRCs.

Students — including leaders in the 7B and staff at the CRCs — were included in the conversation to remodel the ARCH building and decide how to equitably distribute the space. Some students, including Nursing sophomore Salvador Galvez Jr., who joined La Casa Latina as a programs assistant last year, expressed excitement to use the new space from the fireside lounge on the second floor to new opportunities for cross-center programming.

“La Casa became a second home, and I was there almost every day,” Galvez said. “I was advocating for the students and their space at La Casa and expanding that.”

“One of my biggest roles was advocating for our constituency, which is all Latinx identifying groups, what they wanted out of ARCH, and what they saw ARCH being,” College sophomore and Internal Chair of the Latinx Coalition Elizabeth Ramos said.

Ramos and Galvez were a part of one of three sub-groups in a student steering committee for the ARCH renovations. Students in the sub-groups were tasked with the space allocation, aesthetics, and building operations.

“We were given the floor plans of ARCH from the basement to the third floor,” Galvez said. “We were told what rooms were available, we were given the square footage of every room and how many, how many people they fit based on its capacity.”

The students on the steering committee ensured that a prayer room, group study rooms, and more spaces were present in the redesign proposal.

The Latinx Coalition and other groups have lobbied administrators to include a community kitchen, an addition that King said will be evaluated after administrators view how students utilize the ARCH space over the next six months. The grab-and-go food area near the entrance has been removed, she said.

“It’s just been incredible to feel really valued and listened to when our work went to administration,” Ramos said.

For years, students have advocated for more space for the cultural centers on campus. With the expansion of cultural space in ARCH, Ramos is hopeful that first-year students can feel more represented and included on campus.

“Generations of our community have fought for this for them,” Ramos said. “I’m excited to have [first-year students] see us in these spaces and get to know them.”

Students representing the main minority coalition groups are still determined to advocate for more cultural space on campus, including but not limited to, an individual house for each member of the 7B — a guarantee that helped earn the coalition’s support for the University’s proposal to remodel ARCH building after rejecting a previous offer to do so in January 2020.

“The administration promises that this was temporary, and that the long-term goal was to eventually have a Black cultural house,” College sophomore, UMOJA internal chair, and ARCH steering committee member Jessica Thomas said.

Read more at the DP
Reimagine the ARCH