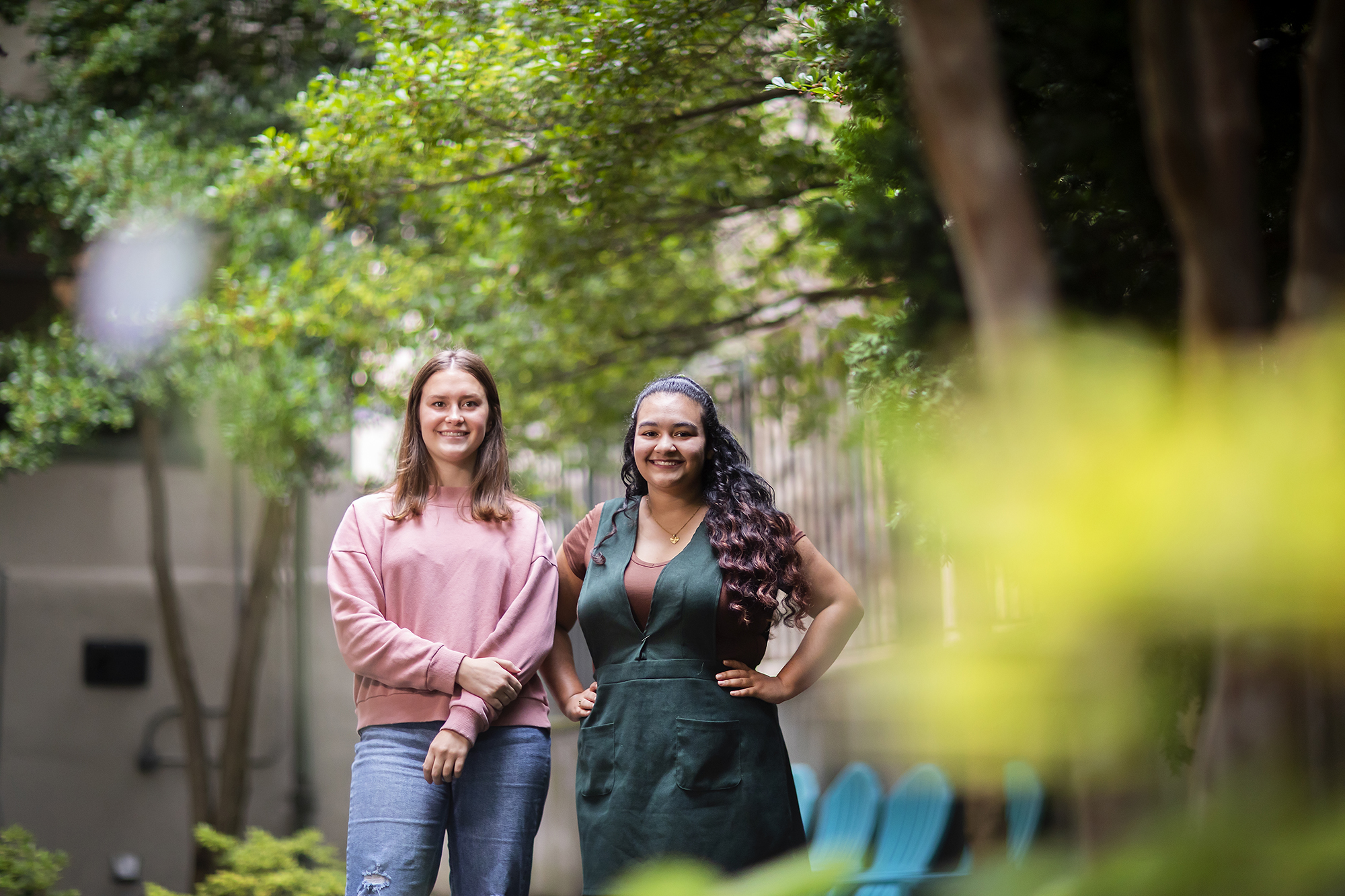 The second Monday in October is Indigenous People’s Day. The date, which had formerly been named after Christopher Columbus, was marked as a federal recognition of the contributions and resilience of Indigenous peoples and their inherent sovereignty, in a 2021 proclamation made by President Joseph R. Biden, Jr.

Indigenous People’s Day was first proposed by Indigenous people at a 1977 United Nations conference to counteract anti-Indigenous discrimination, as well as the inaccurate narrative that Christopher Columbus discovered the Americas, which had been inhabited for millennia by over 600 Indigenous nations.

While Native people have long celebrated their cultures with or without federal acknowledgement, Penn Today spoke with students Nyair Locklear of the Tuscarora Nation and an enrolled member of the Lumbee Tribe and Ryly Ziese, a citizen of the Cherokee Nation. Both are involved in Natives at Penn, an organization that supports students, faculty, and staff interested in Native issues, raises awareness, and builds community at the University.

Nyair Locklear of Raeford, North Carolina, is of the Tuscarora Nation and an enrolled member of the Lumbee Tribe. She is a fourth-year in the College of Arts and Sciences, studying health and societies.

In the school system I grew up attending, they only honored “Columbus Day.” We learned about Christopher Columbus’ contributions to Western society—and very little about his horrendous impact on Indigenous people. Despite not even knowing about Indigenous Peoples’ Day, that didn’t stop me from celebrating my Native heritage. As an eighth grader, I started wearing traditional native attire and jewelry to school every second Monday of October and declared to anyone who looked twice that I was “celebrating Anti-Columbus Day.”

For me, Indigenous Peoples’ Day has always been about standing against colonialism, celebrating my culture in a visible way, and making sure that my peers knew that Native people are not “extinct”—an actual comment I’ve received many times, even at Penn).

Imagine my surprise the first time I realized that although I stood alone in my actions in school, there were many others across Turtle Island and beyond doing the same thing I was. I felt seen and understood outside of just my home community, and I felt proud to be in solidarity with other Native Americans.

As I’ve developed my personal connection with my tribe, my family, and Natives at Penn, Indigenous Peoples’ Day has also become a day centering community and reflection. I don’t want other Indigenous youth to feel as I did for many years, alone in my hurt for everything that was taken from my ancestors and for everything we still endure today. I want to celebrate the achievements of Indigenous people and the perseverance of our culture after all this time. On Indigenous Peoples’ Day, I can see myself in all of my communities—Lumbee, Tuscarora, Natives at Penn, and Native American. I am part of a global community of Indigenous People who are grappling with complex emotions and remembrances. Even though I am reminded of all the work that is still to be done, I take the time to acknowledge all the people who came before me doing the same work, and all the beautiful things we can still celebrate.

Ryly Ziese, of Cookson, Oklahoma, is a second-year student in The Wharton School, concentrating in finance. She is a citizen of the Cherokee Nation.

Indigenous People’s Day recognizes the resilience of my ancestors and the legacy I carry with me. It is a day dedicated to the impact colonialism had on my family and many others. If it weren’t for the assimilation my great-great grandparents faced, I would be speaking Cherokee, telling old Cherokee family stories, and potentially feel more in tune with my culture.

Growing up, I felt as if I had to make up for lost time and experience as much of the Cherokee culture as I could. I attended an all-Native American high school set in the heart of the Cherokee Nation, one of the best decisions I could have made. The resources there were incredible. I got to learn how the nation worked politically, and the school would bring in storytellers and powwow dancers so we could learn from our elders.

Coming to Penn was definitely a shock. Everyone here is very goal-oriented and focused on the future; some of my classmates grew up knowing they wanted to go to Penn since the 8th grade. The native youth I saw were more carefree and fun. In my high school, we didn’t know who was going to which college. It’s about living in the moment.

Indigenous People’s Day is also celebration of the strength of modern-day Indigenous people. I use the past as a motivator to continue to follow my dreams and fight for what I believe in. There’s a stereotype that natives are bad with money. There’s not a lot of natives in finance or consulting. I want to show young female natives that it’s not impossible to achieve, and to help Cherokee Nation citizens with financial stability. Every day, I work to be the voice my great-great grandparents never got to use.