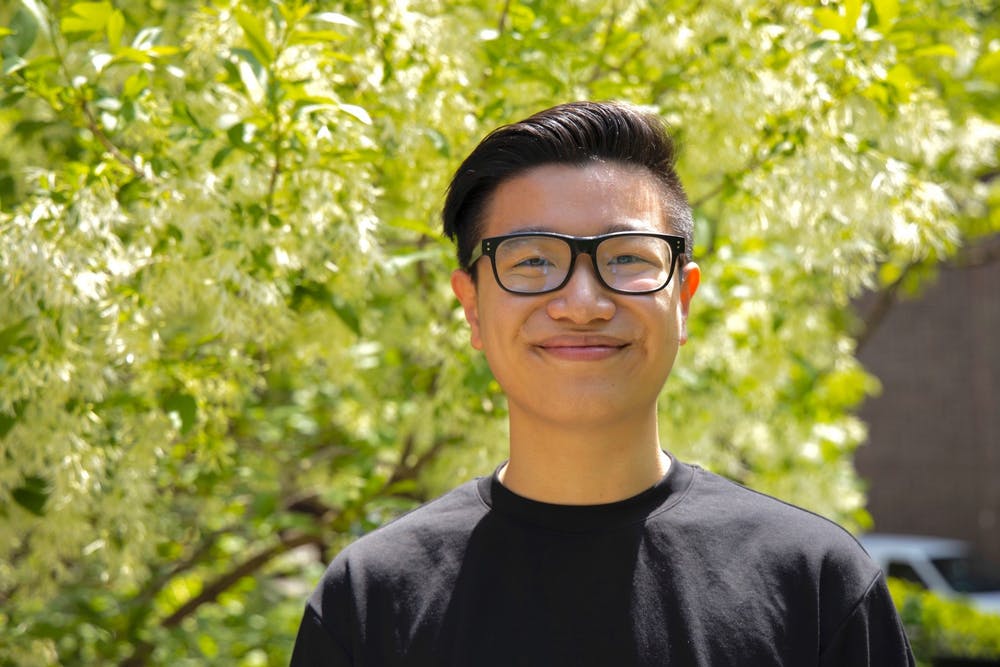 It’s 9 a.m. on a wintery Tuesday in the middle of Stommons, and unexpectedly, my day begins with a smile and a hug. Within the first five seconds of our meeting, Steven Chen eases any pre–interview butterflies lingering in my belly. The plan is to ask a few questions, sip my lukewarm cappuccino, and take notes. But as I listen, I can already tell it’s going to be one of those mornings that weigh on my mind and my heart for the rest of the day.

Steven’s initial warmth reveals a lot about who he is as a person. My suspicion is that he’s not just being nice and friendly to the Street reporter who badgered him to meet at 9 a.m. right before finals week. He’s just welcoming to anyone and everyone who could use an early morning smile. “My parents always taught me to use my education and resources to support other people,” he explains.

And Steven does exactly that. Every Friday afternoon, Steven leads the OurSpace Sexual Health Education Program—a collaboration between the Netter Center and the LGBT Center—to teach high school students, along with Penn students, the need–to–knows about queer sexual health. OurSpace was established in the spring of 2021, and after helping to facilitate the program, Steven was asked to become the OurSpace coordinator by his supervisor, Paulette Branson.

“There’s a lot of stigma and toxicity surrounding discussions on queer sexual health and sexual health in general, so we just want to change that from the ground level,” he says. A health and societies major and urban education minor, Steven knew early on in his education that he wanted to combine the two disciplines while studying pre–med at Penn.

OurSpace fills the gap between those two fields of study. Steven facilitates financial literacy workshops, community building exercises, and queer history lessons. Last semester, the team  administered ten sexual health workshops through the Mazzoni Center. “It’s a very queer–inclusive sexual education, especially because through the research I did in the summer and through talking in general with a lot of health actors in West Philadelphia, I realized that there is no access to comprehensive queer health education,” Steven says. “A lot of health educators feel uncomfortable talking about these topics.”