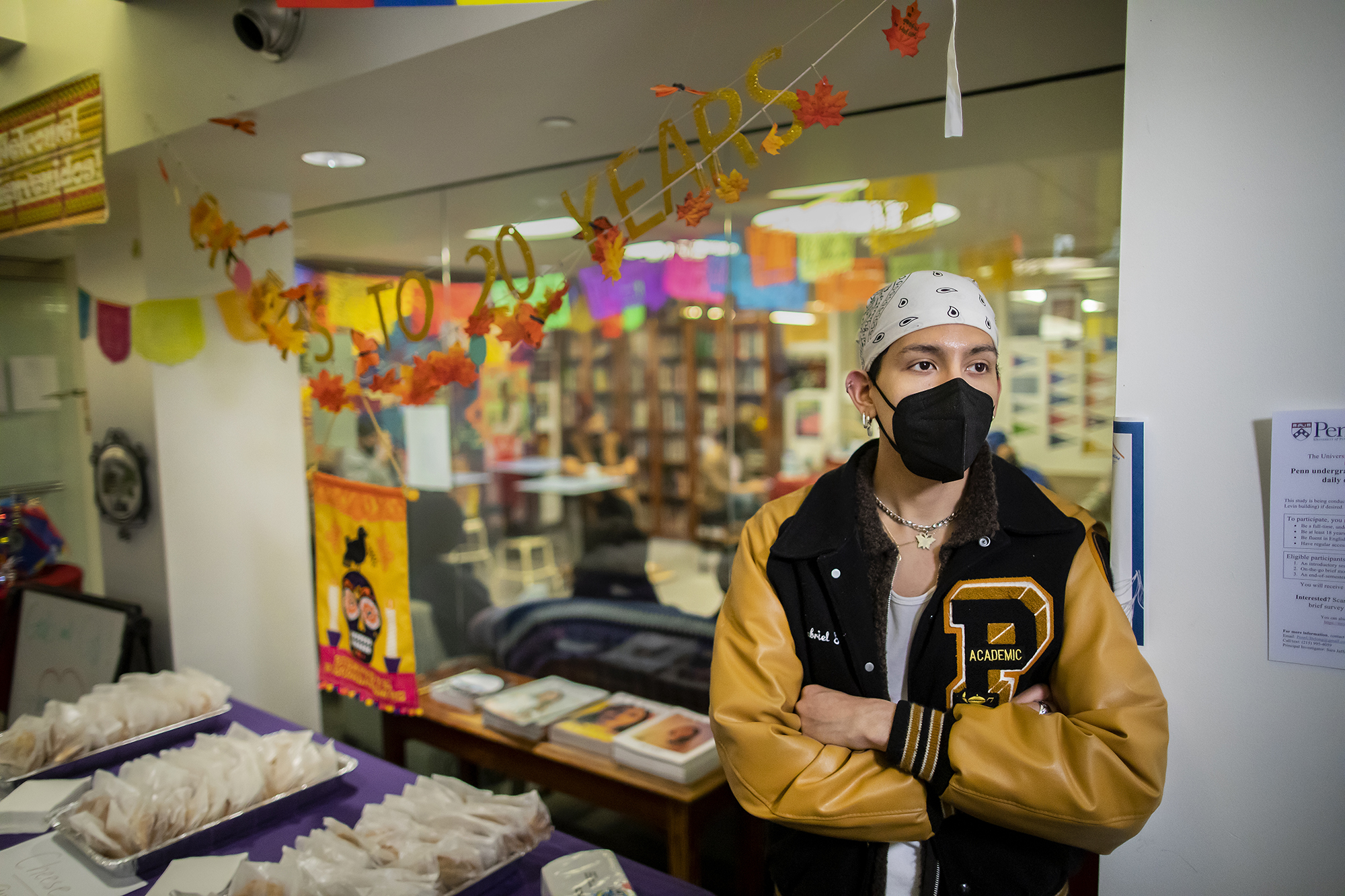 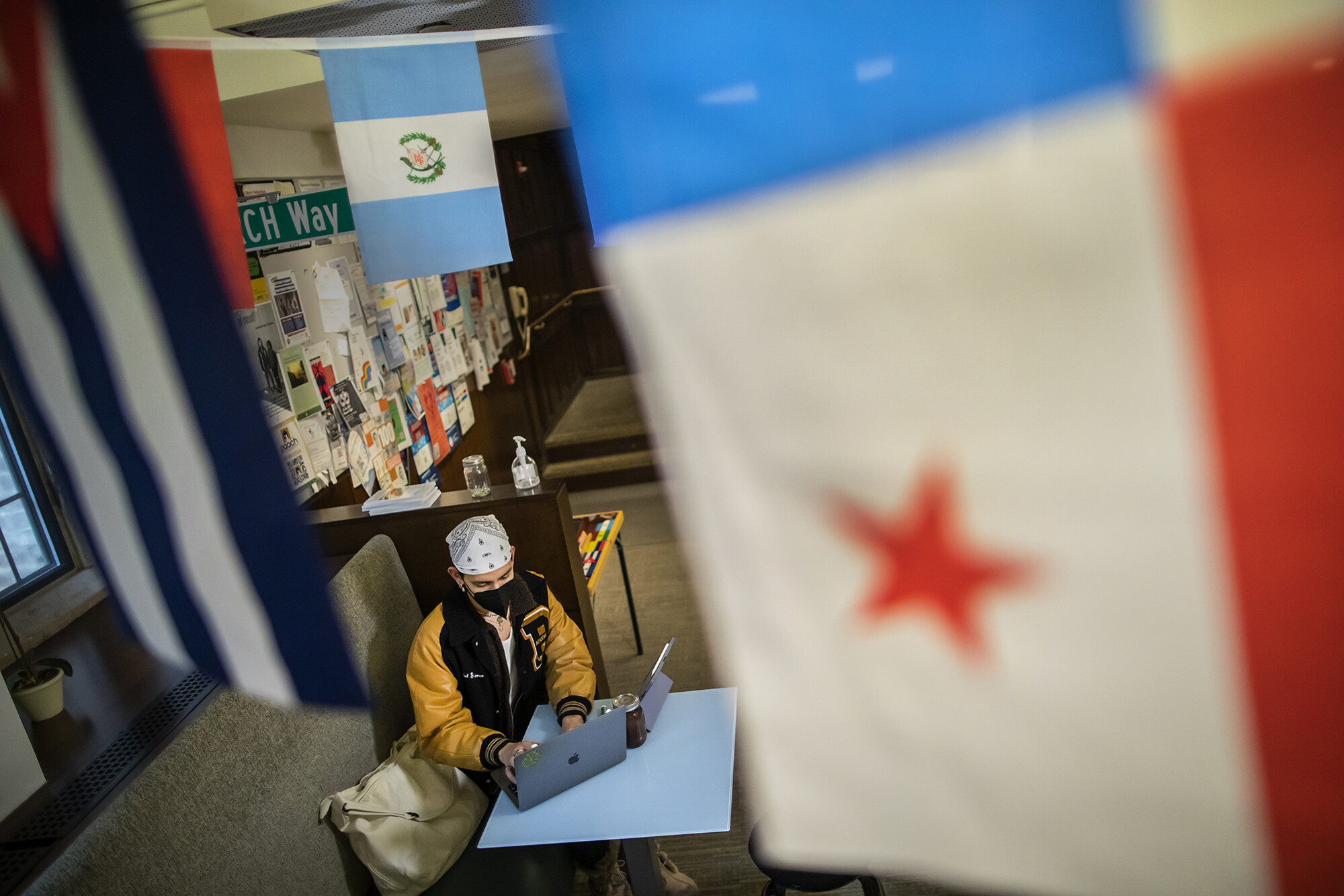 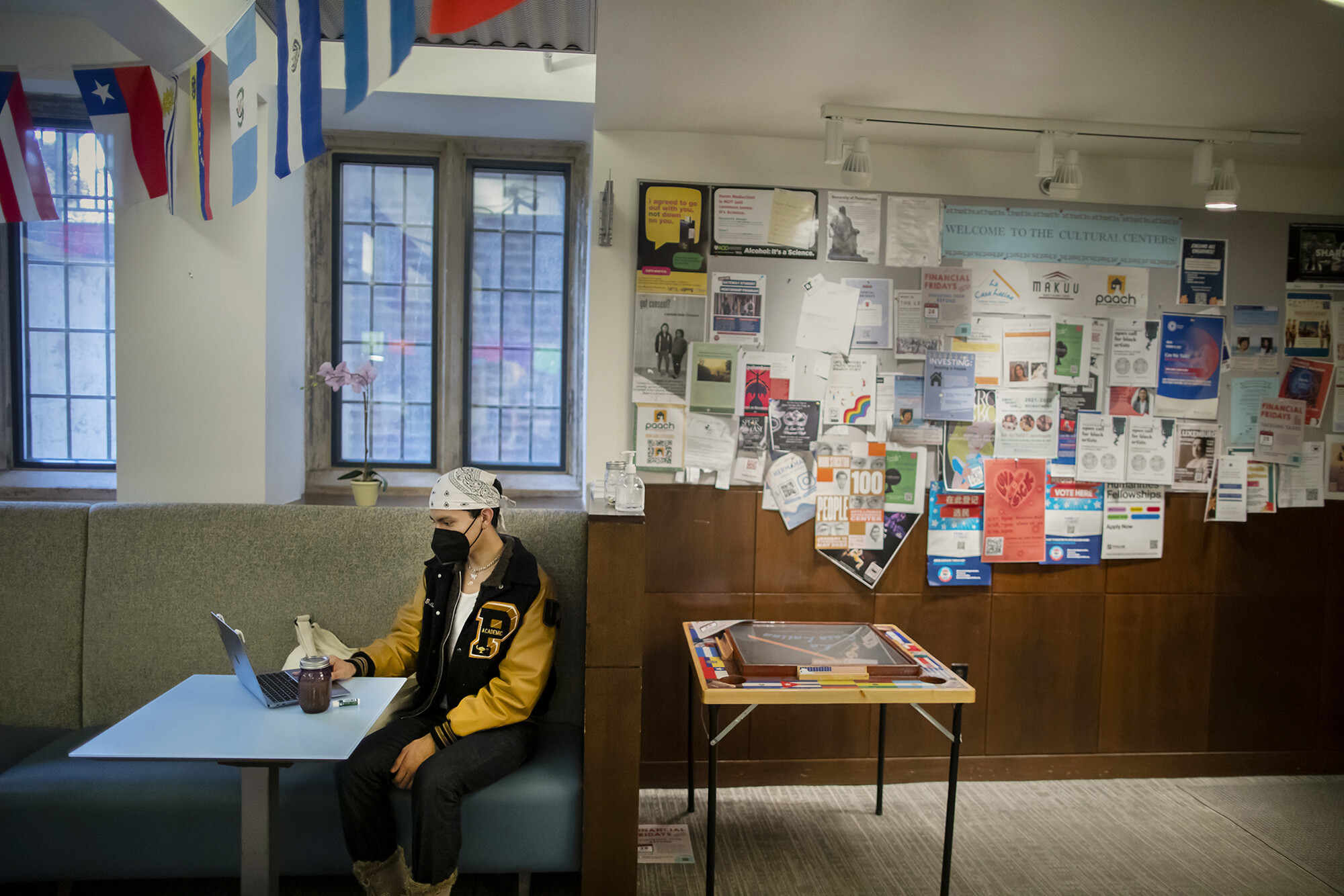 Ángel Gutiérrez has three homes: Texas, Mexico, and Philadelphia, they say. “To me, home is a place where I feel both belonging and care.” For the latest installment of People and Places at Penn, Penn Today spoke with Gutiérrez and three other students about where they feel at home, what motivates them, where they seek solace, and how they unwind during the colder months on campus.

Ángel Gutiérrez is from Pittsburg, the one in rural east Texas. Gutiérrez’s parents immigrated from Michoacán, Mexico, and the sophomore is exploring their relationship to the environment, an interest furthered by their studies in anthropology and philosophy. “What are my obligations to the lands? Who am I in kin with, and how can I be in better relations with the many beings around me?” they ask.

At Penn, La Casa Latina has become a home away from home. “I mean, everyone says that, but it’s true,” Gutiérrez says. It’s a place where they can unwind and talk with director Krista Cortez, who “provides sincerity and a fresh breath of air,” Gutiérrez says.

As an anthropology major, Gutiérrez is often found in the Penn Museum Library, which they discovered last semester. “I appreciate a quiet space on campus to decompress before or after class,” they say.

This summer, Gutiérrez plans to conduct a research and film project in their parents’ home village. Michoacán leads Mexico’s avocado export industry, creating a sharp contrast between industrial companies, rural farming traditions, and Indigenous land practices, Gutiérrez says. They are hoping to archive stories, songs and traditions “to create an archive of brown joy” of their family’s history and resistance to colonial violence.

From the Class of 1923 Arena, where figure skater Gloria Lee likes to practice, to Makuu: the Black Cultural Center, where math TA Abdul-Rakeem Yakubu holds office hours, to the behavioral sciences section of Van Pelt-Dietrich Library Center, where Emma Ronzetti escapes to, these students picks offer a sense of calm, or in some cases, inspiration. 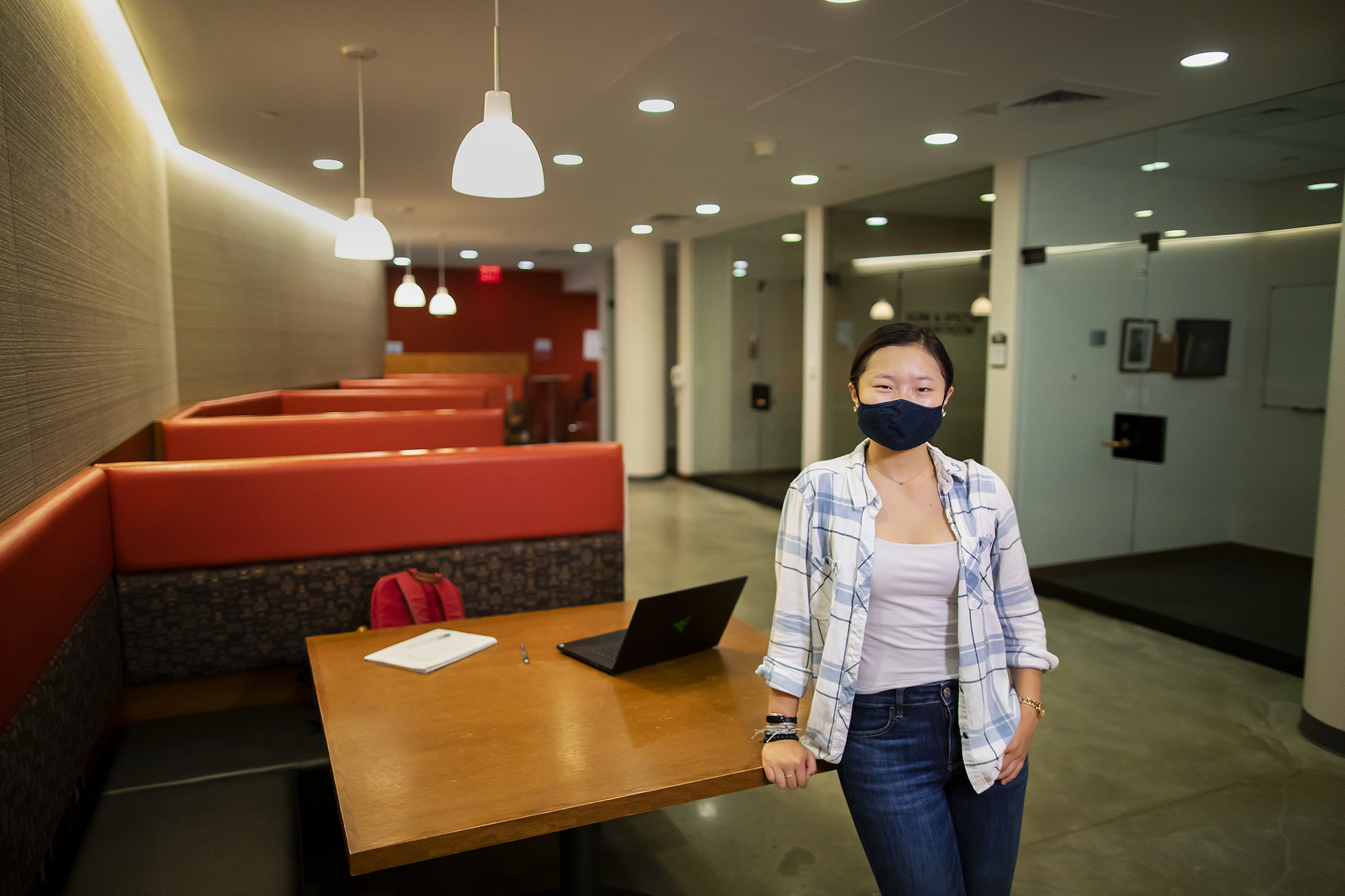 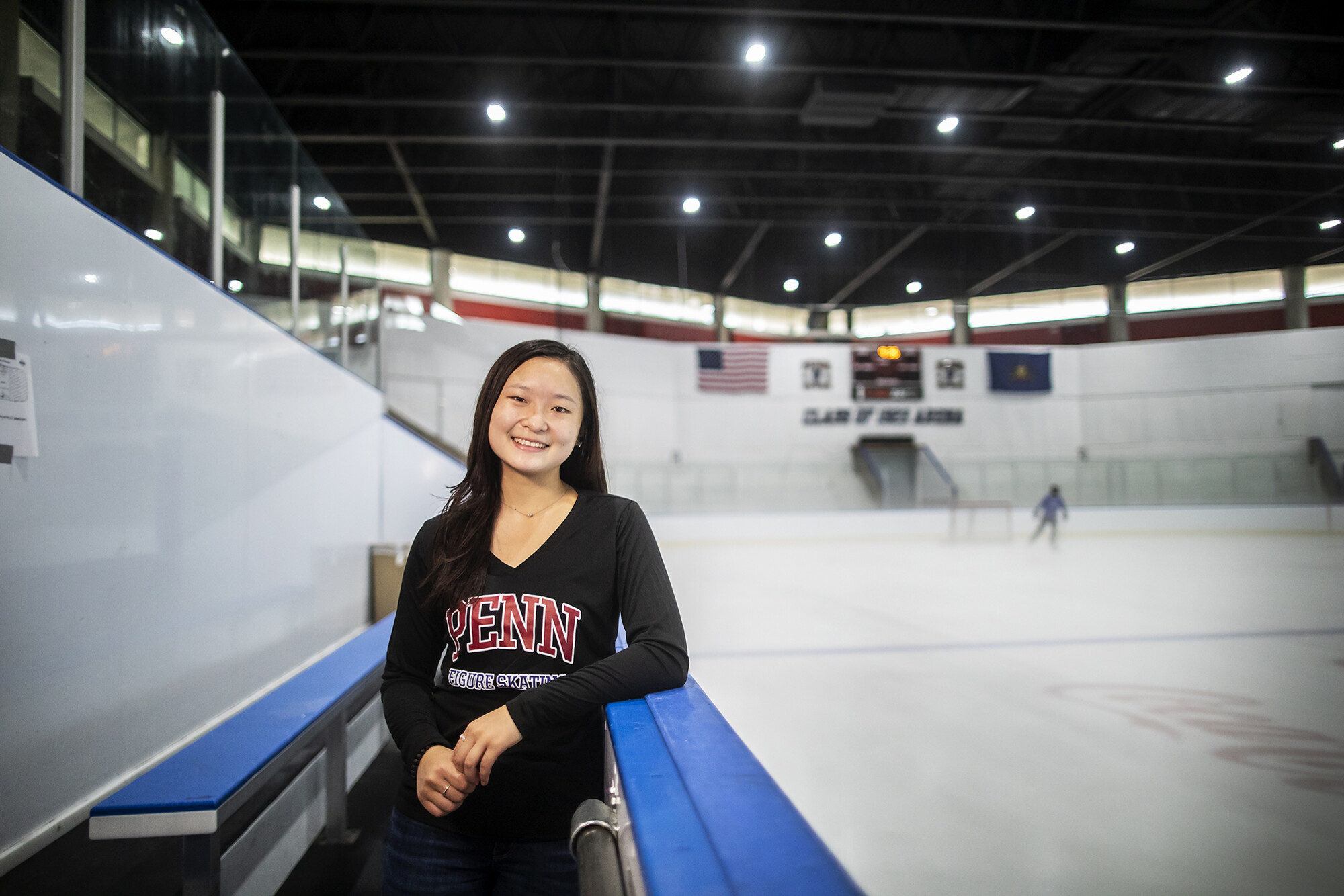 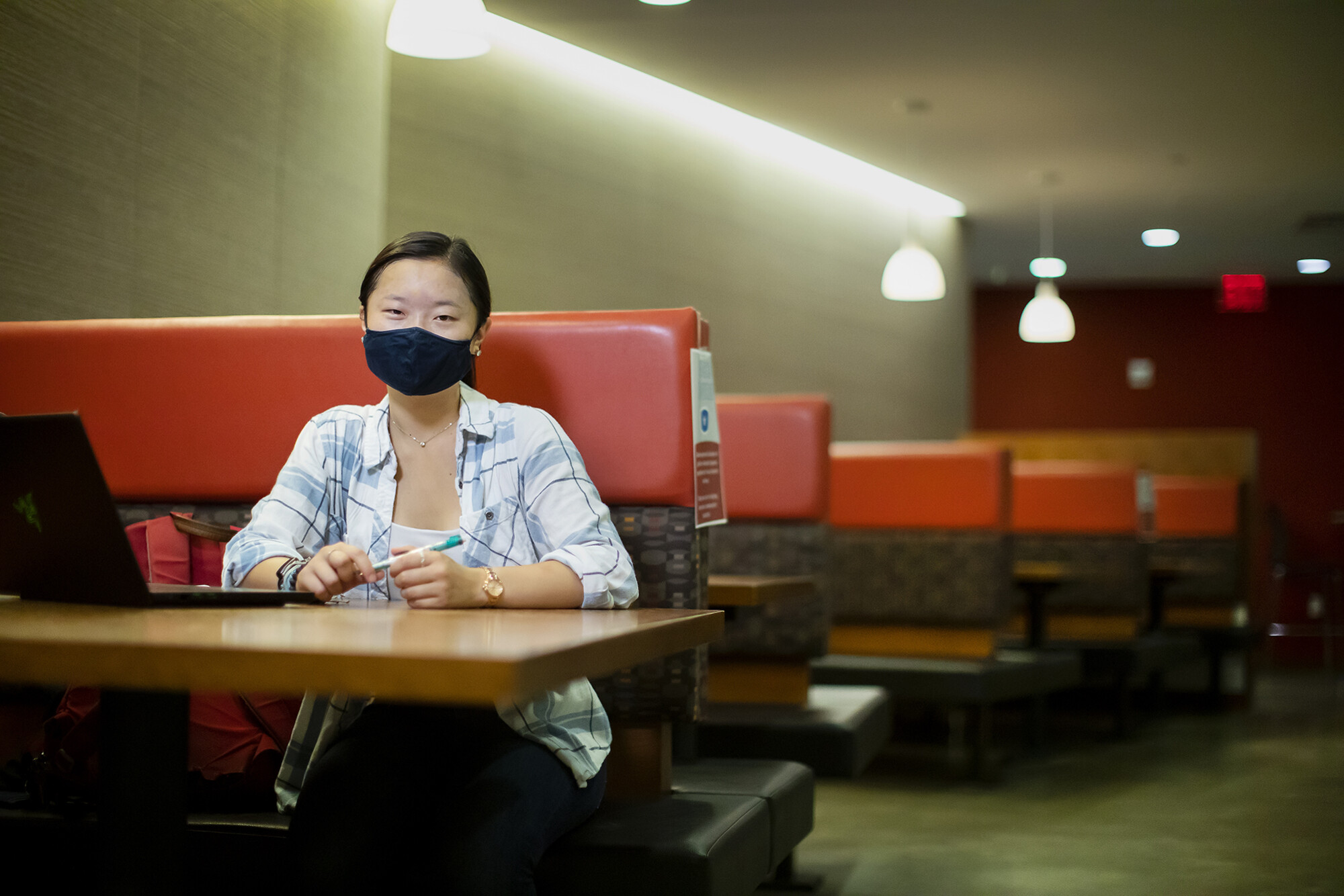 Originally from Highlands Ranch, Colorado, Gloria Lee discovered the Biddle Law Library early on, while walking around with friends. “We were freshman and wanted to explore the campus,” she explains. “I found all these booths downstairs and it looked like a good place to do work.” Plus, she adds, not many people seem to know about it, so there is “always a booth open,” she says. “I could spread out as much as I needed.”

Lee is now a junior in Penn’s Vagelos Integrated Program in Energy Research, which combines her interest in research along with a focus on sustainability and environmental activism. When not studying, Lee can be found at the Class of 1923 Arena, where she is a member of the Figure Skating Club. Lee has been figure skating since age 8, and says the tight-knit community has sustained her interest. “It’s really fun to practice with your friends,” she says. “I taught a couple of friends how to skate and we do lessons as part of the club.

“What I like about figure skating is that it’s a very athletic thing, but it also requires a lot of showmanship, making sure you have the right balance and are able to do your jumps,” Lee says. 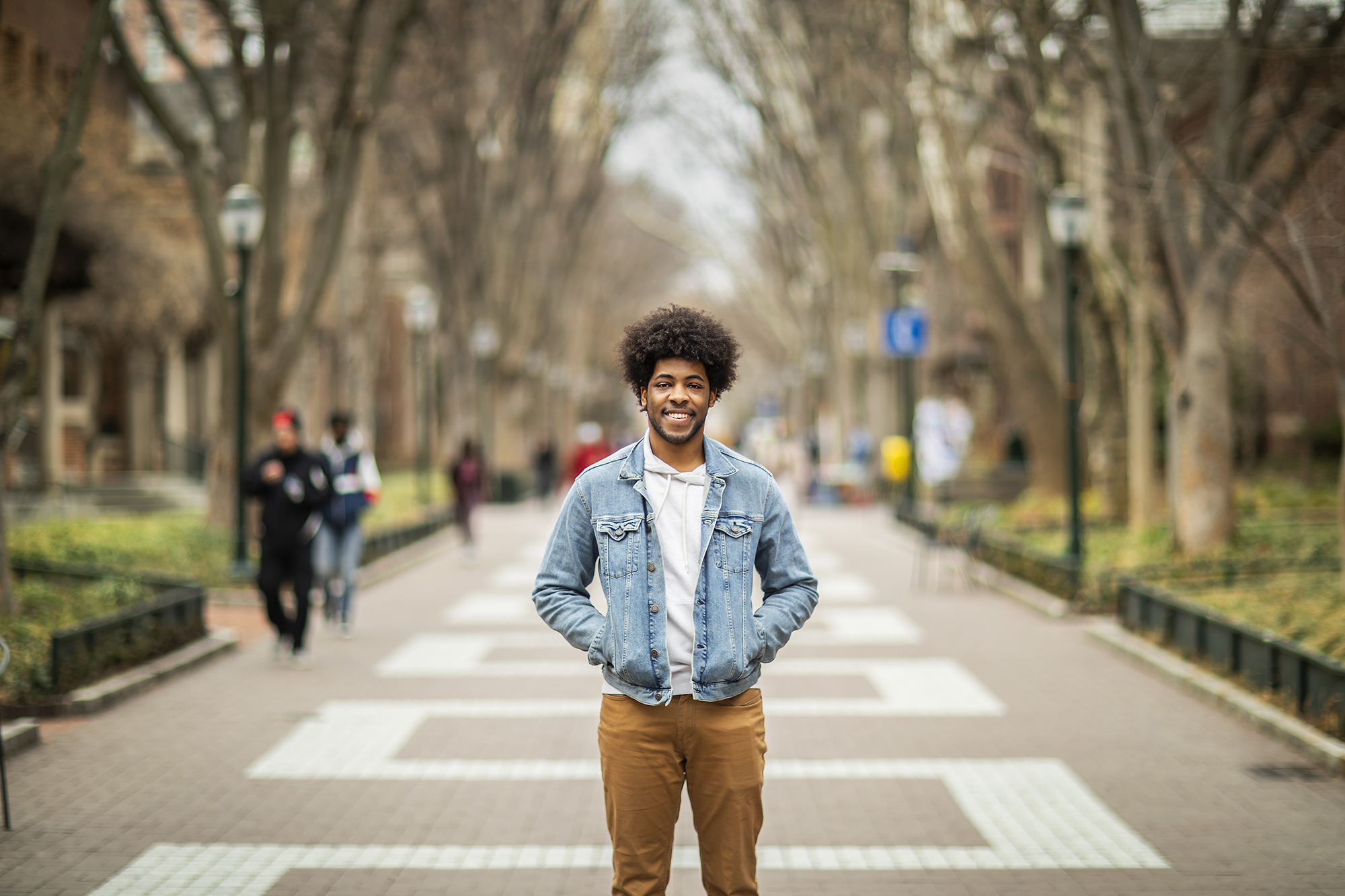 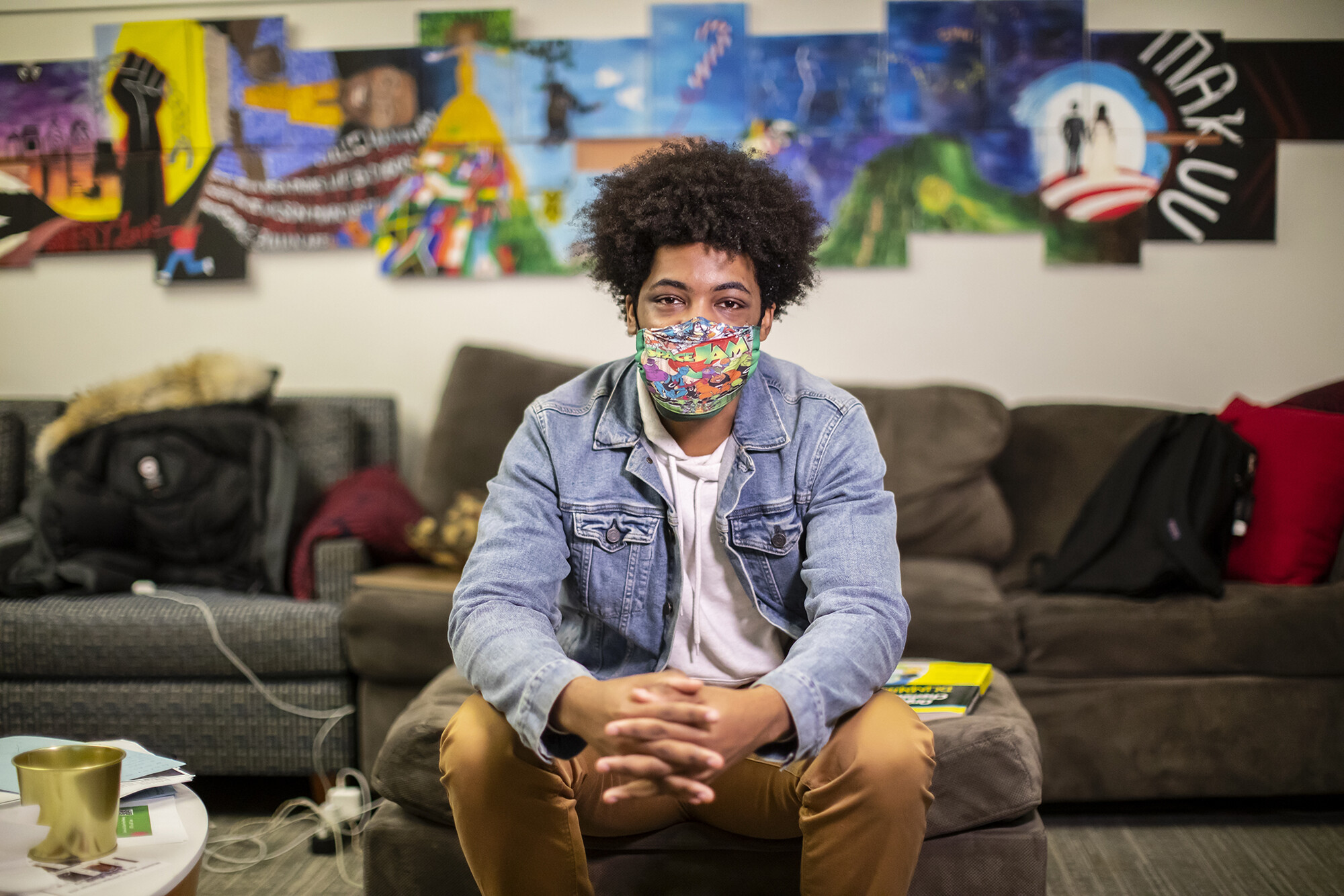 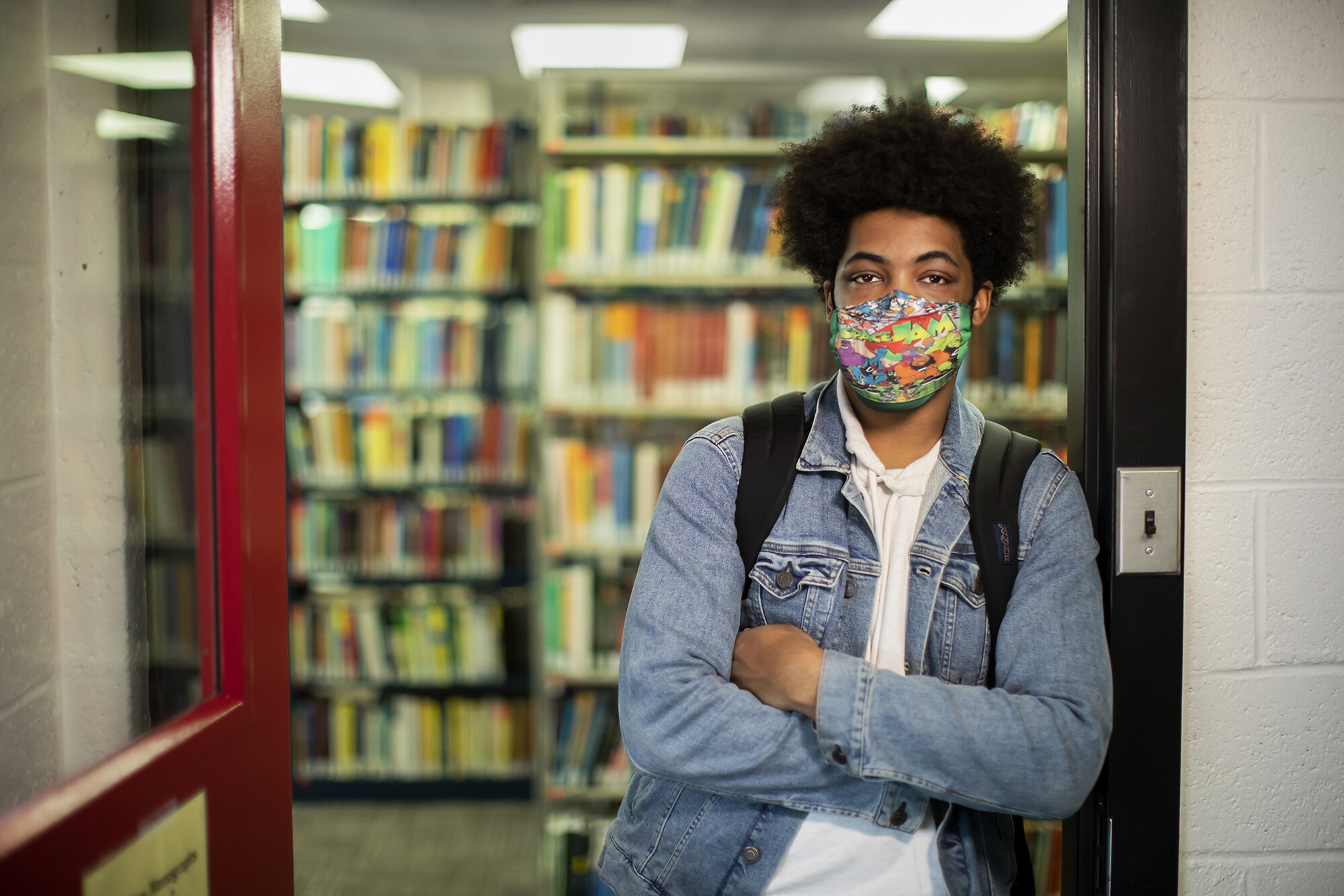 One of Abdul-Rakeem Yakubu’s favorite spots is the David Rittenhouse Laboratory, home to the mathematics and physics and astronomy departments. “It’s a cool innovative building to walk through,” Yakubu says. “There’s a math library not a lot of people know about and a math lounge” with coffee and tea. The original red brick structure has “old elementary school vibes” that remind Yakubu of the movie “Good Will Hunting.” “It motivates me a lot, seeing the math work on the wall,” he says.

Currently a junior, Yakubu has been a math TA since his sophomore year, hosting office hours at Makuu: The Black Cultural Center, his “No. 1 favorite spot.” He likes helping out the professors and students, and Makuu has become a place to relax and see familiar faces, Yakubu says.

Growing up in Mooresville, North Carolina, Yakubu originally wanted to be a race car driver. Now majoring in math and biology, he’s on a pre-dental track. Dentistry is “a huge field with lots of impact,” Yakubu says. On the big scale, dentistry is involved in initiatives like the COVID-19 saliva test, he says. “On a small scale, just making people smile.” 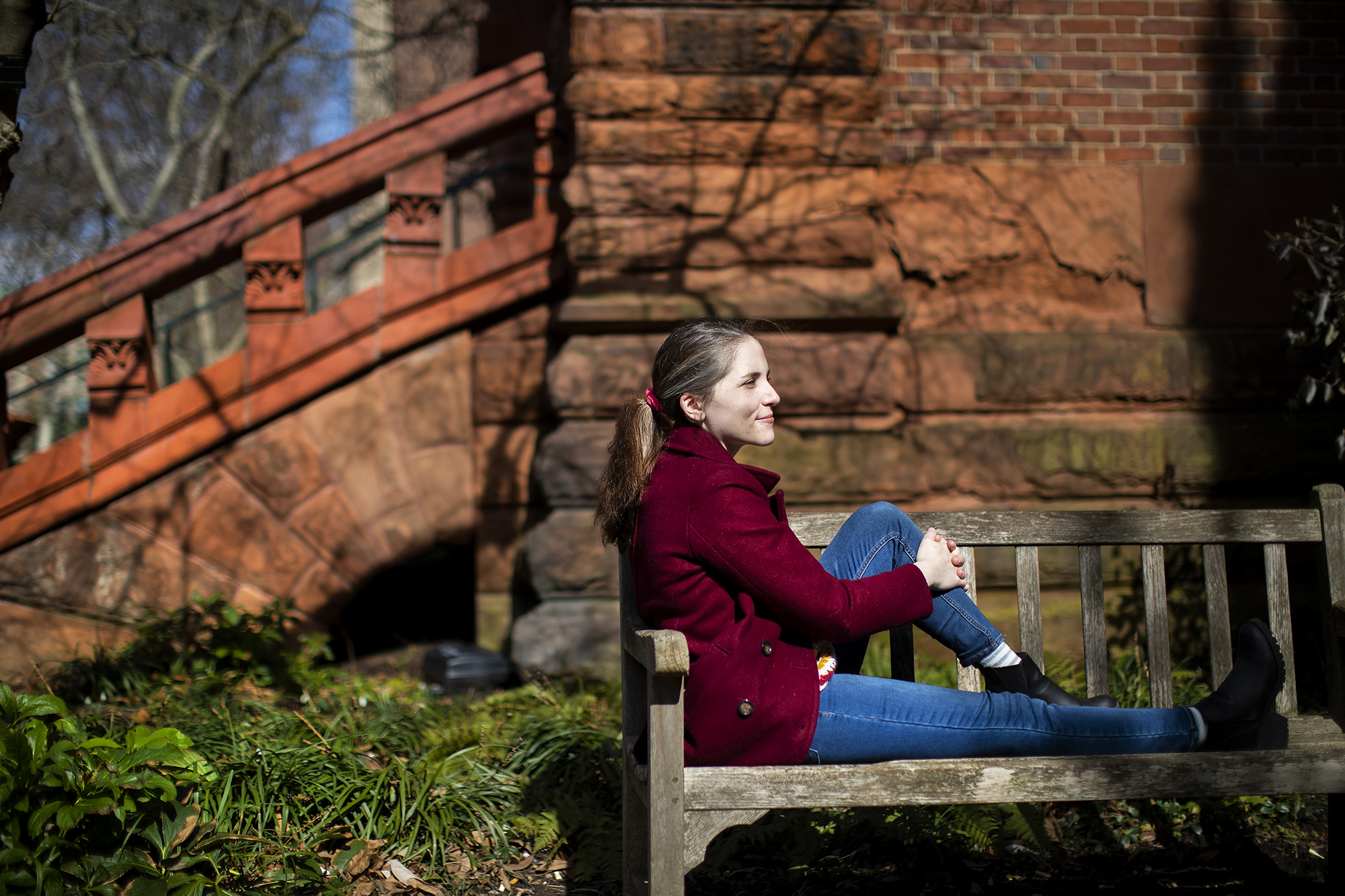 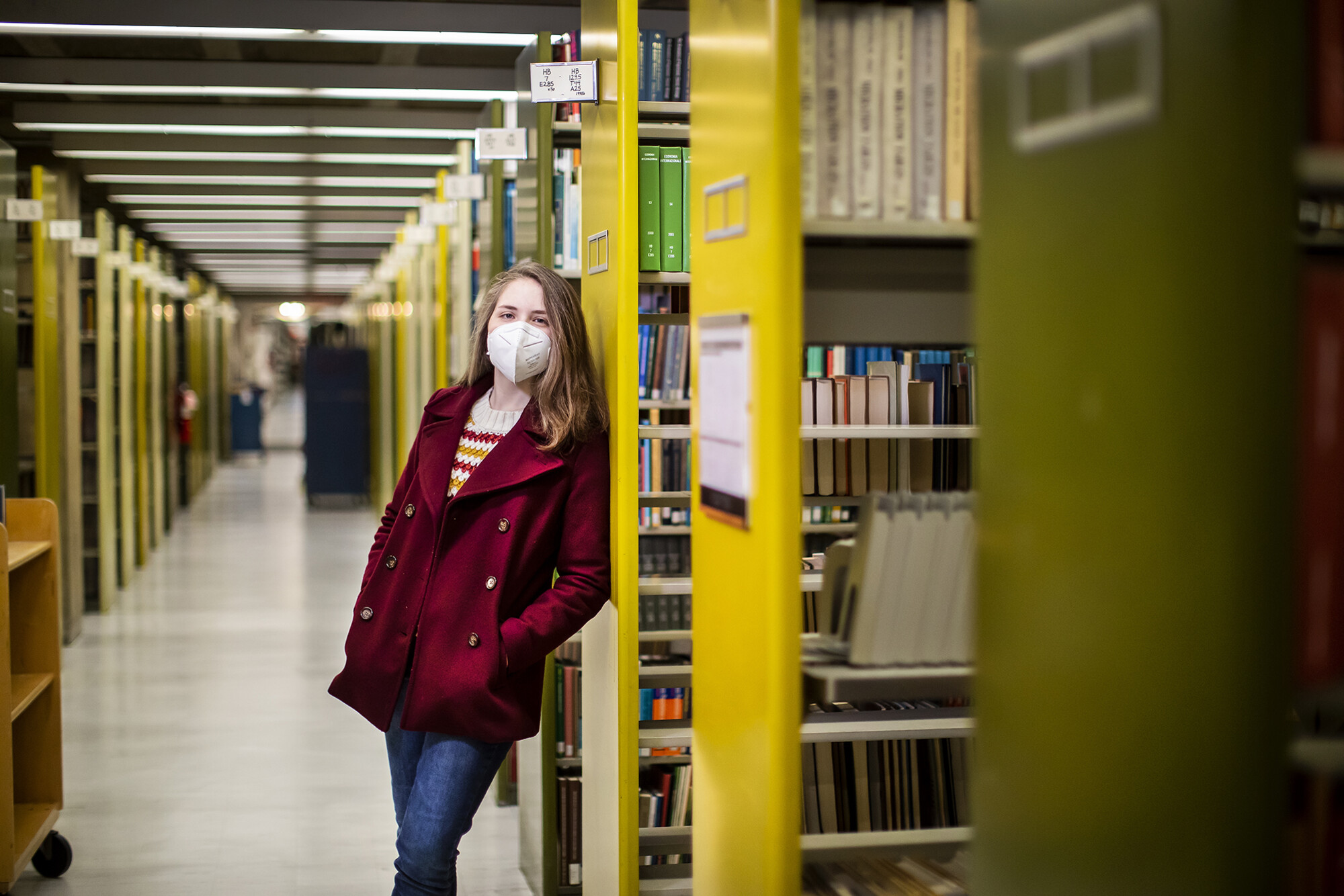 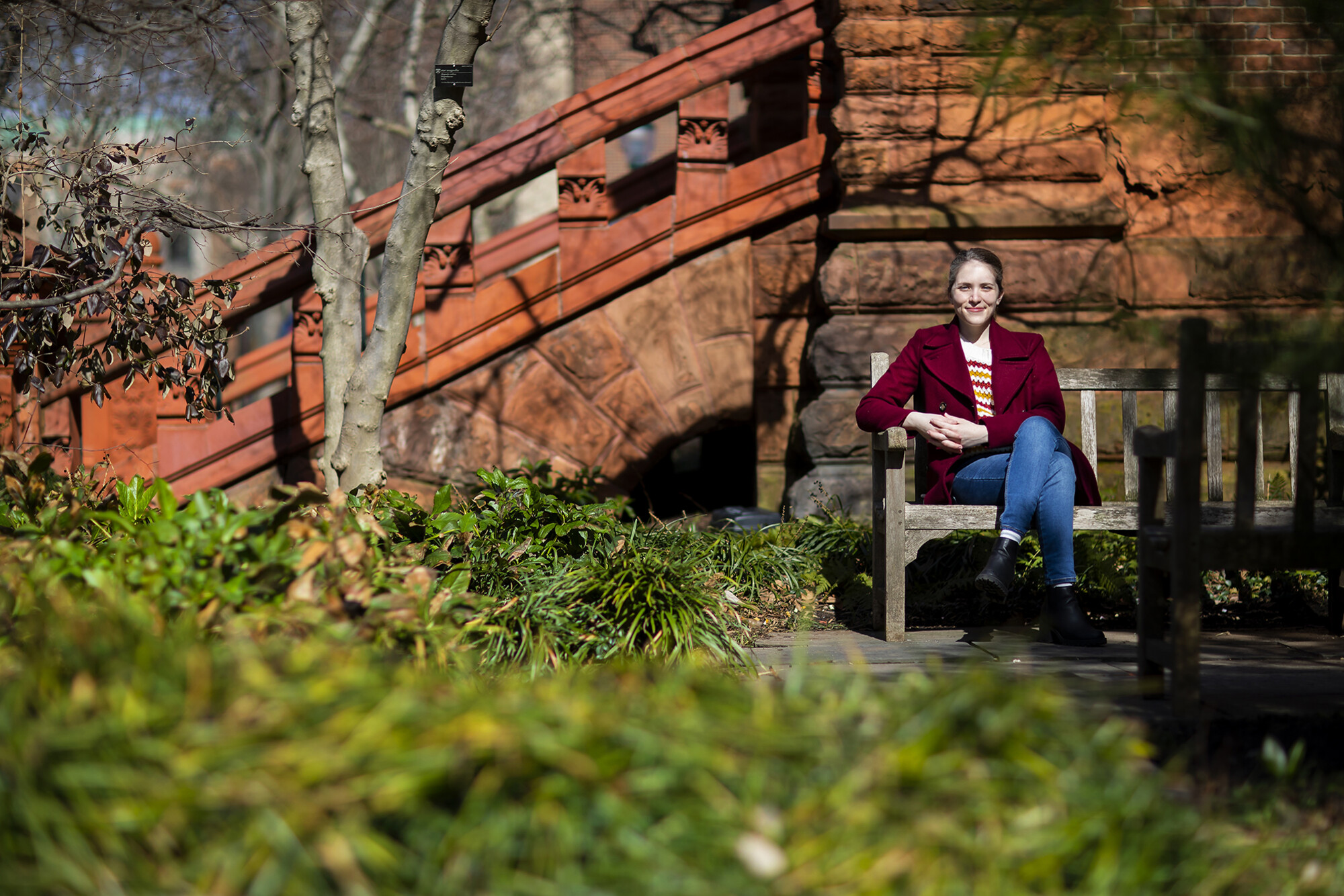 Emma Ronzetti has always been fascinated by what makes people tick. Ronzetti, who has worn hearing aids since middle school, wants to study the behavioral economics of people with disabilities. Currently a student in the Master of Behavioral and Decision Science Program, Ronzetti graduated in December 2021 with a bachelor’s degree in economics and minors in statistics and American Sign Language (ASL).

A person with a disability often follows one of two tracks, she says—either hiding or embracing the disability, making it part of their cultural identity. Those who embrace their identity are often faced with the uncomfortable issue of workplace disclosure or societal bias, which Ronzetti says will take decades to counteract. “How do we positively change how society perceives disability?” she asks. That’s the question she wants to address with her behavioral science research.

For motivation, she turns to the fourth floor of Van Pelt-Dietrich Library Center, specifically section HB74.b8, the behavioral sciences section. “It really helps me with inspiration and getting on track with what really motivates me and gets me up in the morning,” Ronzetti says. It was in this section that Ronzetti realized she wanted to study behavioral economics. “It’s a very personally significant place for me,” she says.

As Ronzetti closes out her last semester at Penn, she’s reflecting on “what really impacted me here, especially in the winter months,” she says. One of those spots is a bench right outside the Fisher Fine Arts Library, which she found in her sophomore year. Ronzetti and her best friend would meet up on the bench for coffee after enduring an early morning math class, where “we were both kind of dying,” Ronzetti says.

After graduating this spring, Ronzetti hopes to gain experience in research before hopefully moving the needle on centuries of bias towards differently abled people. Deaf people are far more visually oriented than the average person, she says. Why not focus on the advantages rather than thinking, “what can they not do?” she asks.