During the pandemic, Oliver Kaplan transferred to Penn looking for a fresh start. A philosophy class altered his academic focus; he now hopes to shape educational policy for LGBTQ+ students.

Oliver Kaplan knew he had to make a change when, two months after his freshman year on a rural college campus, he was outed. Kaplan, who describes himself as “very closeted” until that point, had recently attended a discussion on LGBT rights, and his roommate started telling, first friends, then Kaplan’s parents, that Kaplan was gay.

“At that point, I thought, Well, do I try to correct people? Because I don’t know if I’m ready to be out, but if I correct people, then people are just going to assume I’m straight, and I’ll have to be closeted for the rest of my time here,” he says.

First, he met with the office of residential life, trying to get his roommate transferred to a different room. But since outing wasn’t a violation of any written rule, they “kind of threw their hands up and said, ‘Well, it’s not in our handbook.’”

Outing is a unique situation, Kaplan says. “If you’re not gay, you don’t understand how important that information is.” People try to equate outing to racial identity, and it’s not the same, says Kaplan, whose mother is Chinese and father is Jewish. “If someone were to say, ‘What if I tell other people that you’re Asian? What does that matter?’ Well, first of all, race and sexuality are not the same; you can tell my race from my face, but you can’t discern my sexuality,” he says.

Coming out, first to friends, then family, was a seven-month process that took place during the pandemic. At that point, Kaplan had become determined to transfer schools and had an interest in Penn. Kaplan contacted Erin Cross, director of the LGBT Center, who connected him with a Penn student who later became a mentor.

“Being outed is having other people share something about you that is so private and personal that, when it happens, it goes straight to your core,” says Cross. “It’s a complete lack of respect for someone’s humanity and agency. Someone’s sexual orientation is only for them to share if they want to,” she says.

Penn is consistently ranked as one of the top schools for LGBTQ+ support, says Cross. The LGBT Center is the second oldest of its kind in the country, she says, “so we’ve had a history to build up community, sub-communities, academic ties, and links across the University.” As a response to homophobic campus incidents, Penn included sexual orientation in the University’s non-discrimination clause during the early 1980s. “We were at the forefront,” Cross says. “Penn and the city of Philadelphia have worked hard to make sure LGBTQ+ folks feel as safe as they possibly can, but there’s always more to do.” 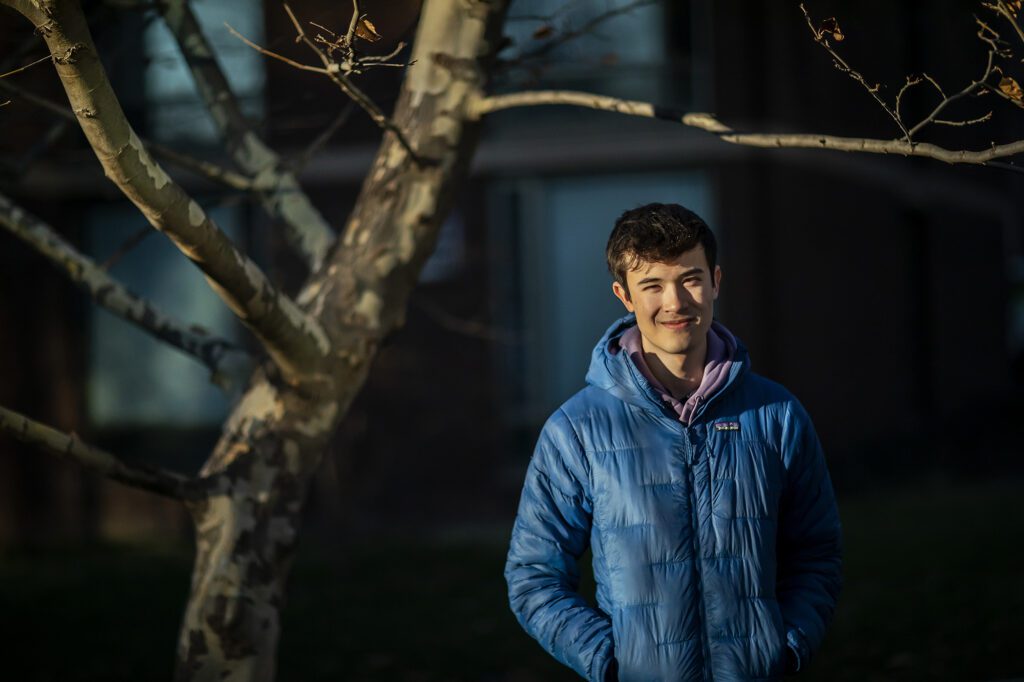 On stage at Carnegie Hall

The Dec. 10 evening event featured more than 100 students in Dischord and Penn Yo a capella, Onda Latina and Penn Dhamaka dance, Bloomers and Mask and Wig comedy troupes, and the spoken-word Excelano Project. They performed for more than two hours before an audience of about 400 Penn alumni, students, and staff, along with family and friends.

“The vibe was extremely positive and spirits were high. The atmosphere had a tangible electricity to it created by the enthusiasm of the audience and the performers,” says Laurie McCall, director of Penn’s Platt Student Performing Arts House. “Everyone seemed to enjoy the show and being together at a Penn event.”

Co-sponsor Penn Live Arts made possible a virtual livestream that was recorded and is now available for viewing.

There were strict COVID-19 protocols, and no receptions or parties. “It was just the performance,” McCall says.

“We had to coordinate with the students to make sure we met Carnegie Hall’s requirements to get all PCR COVID tests and vaccination cards submitted at the correct time,” McCall says. “Thankfully, Penn is set up to manage COVID protocols effectively.” 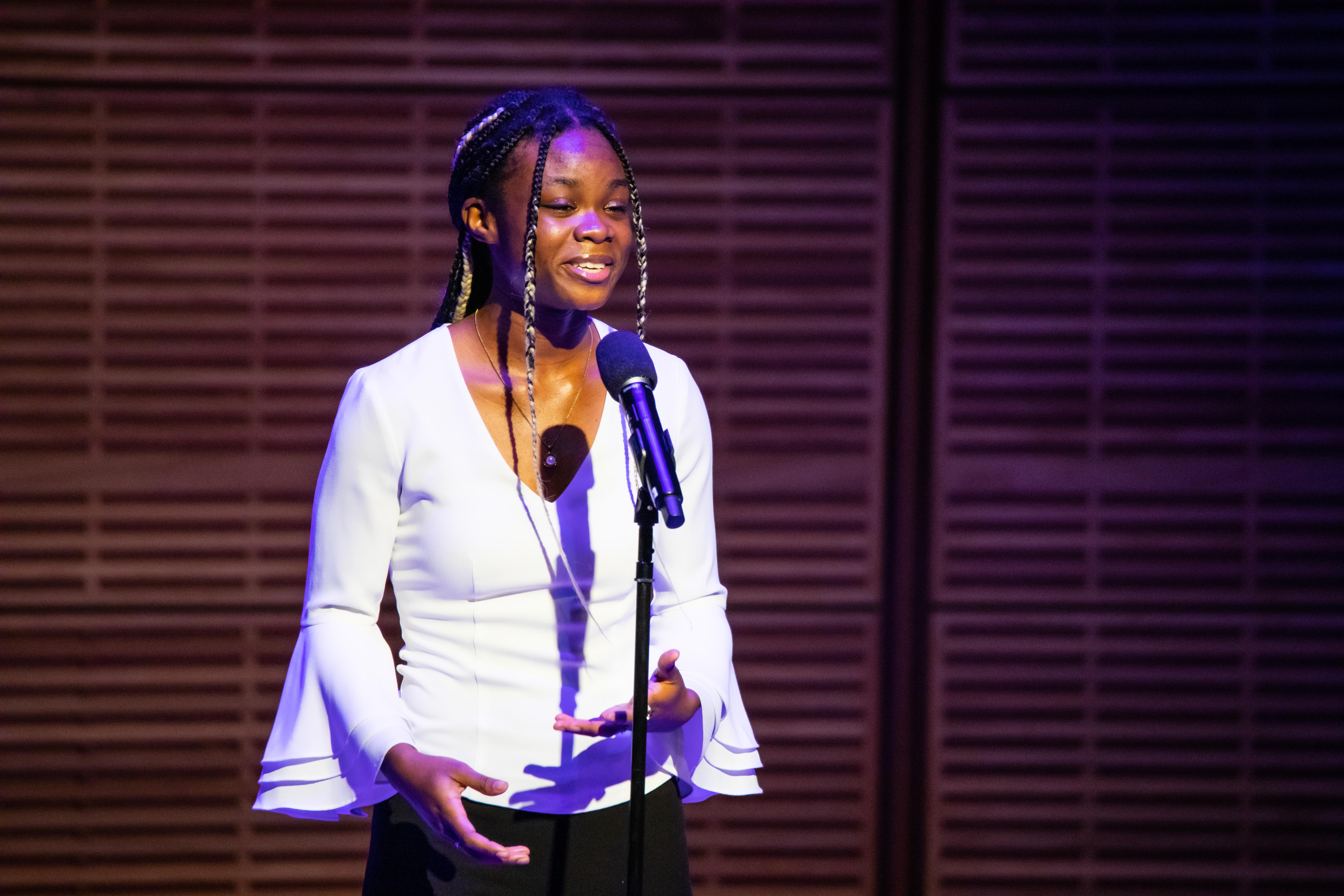 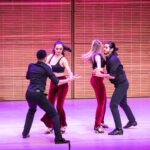 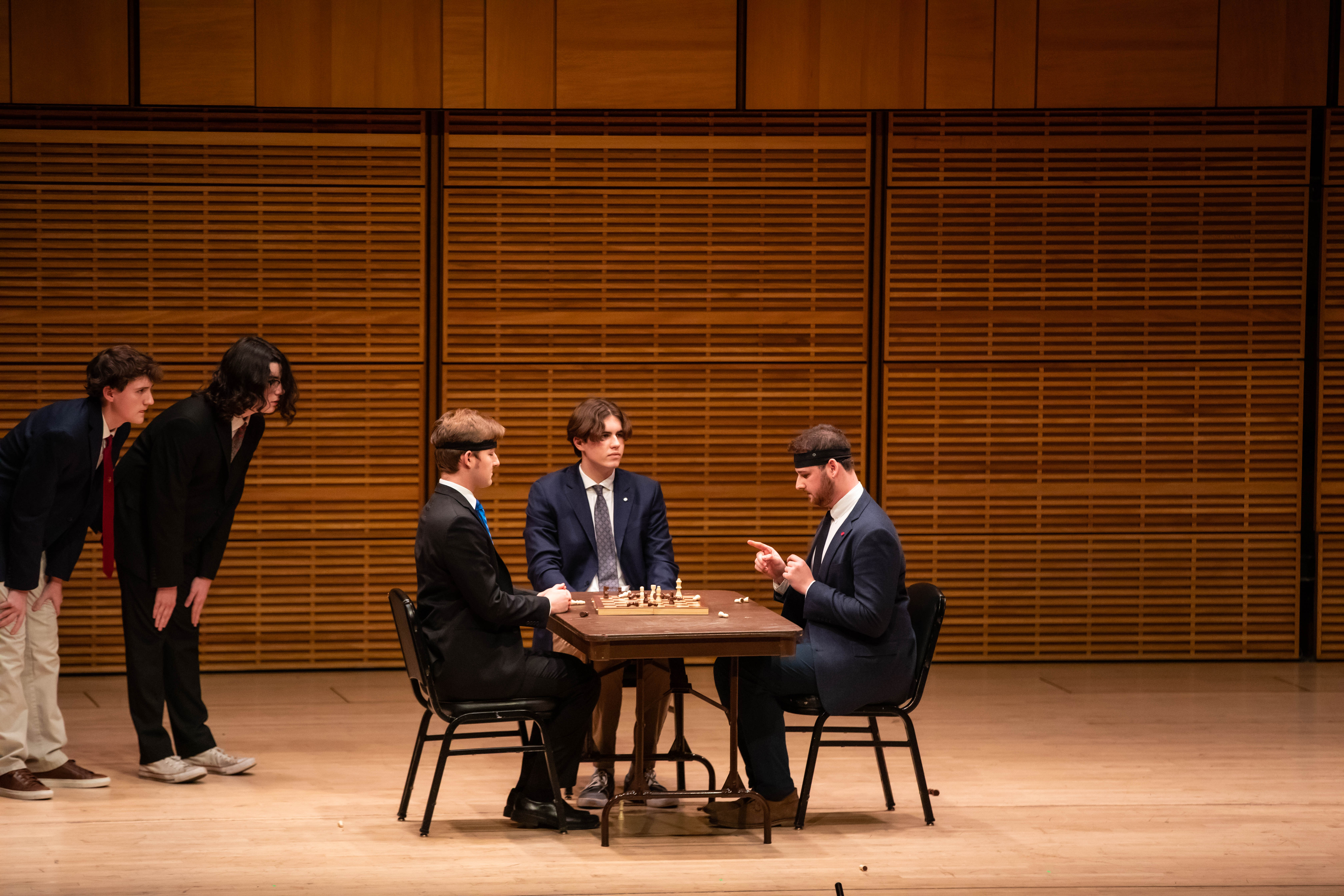 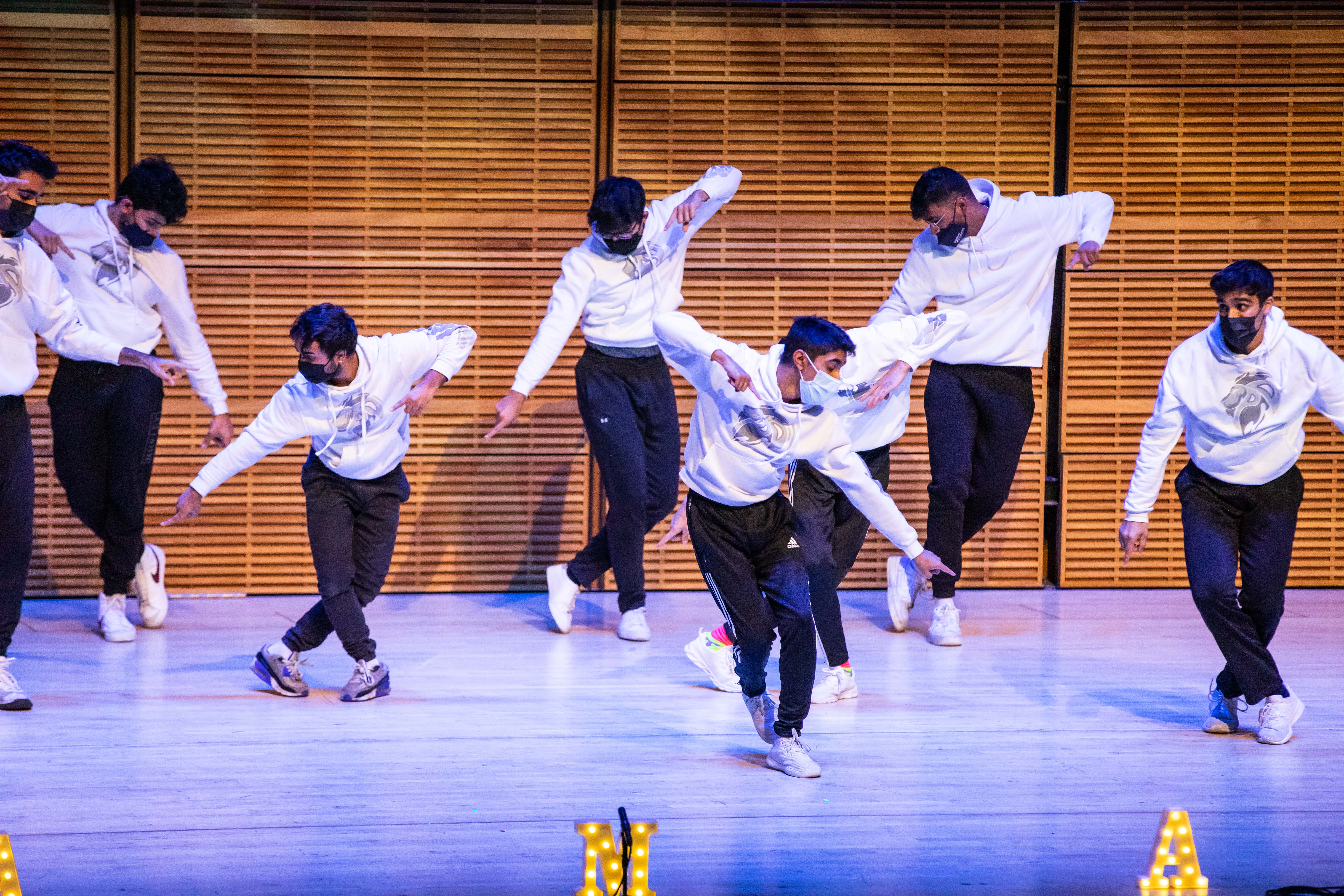 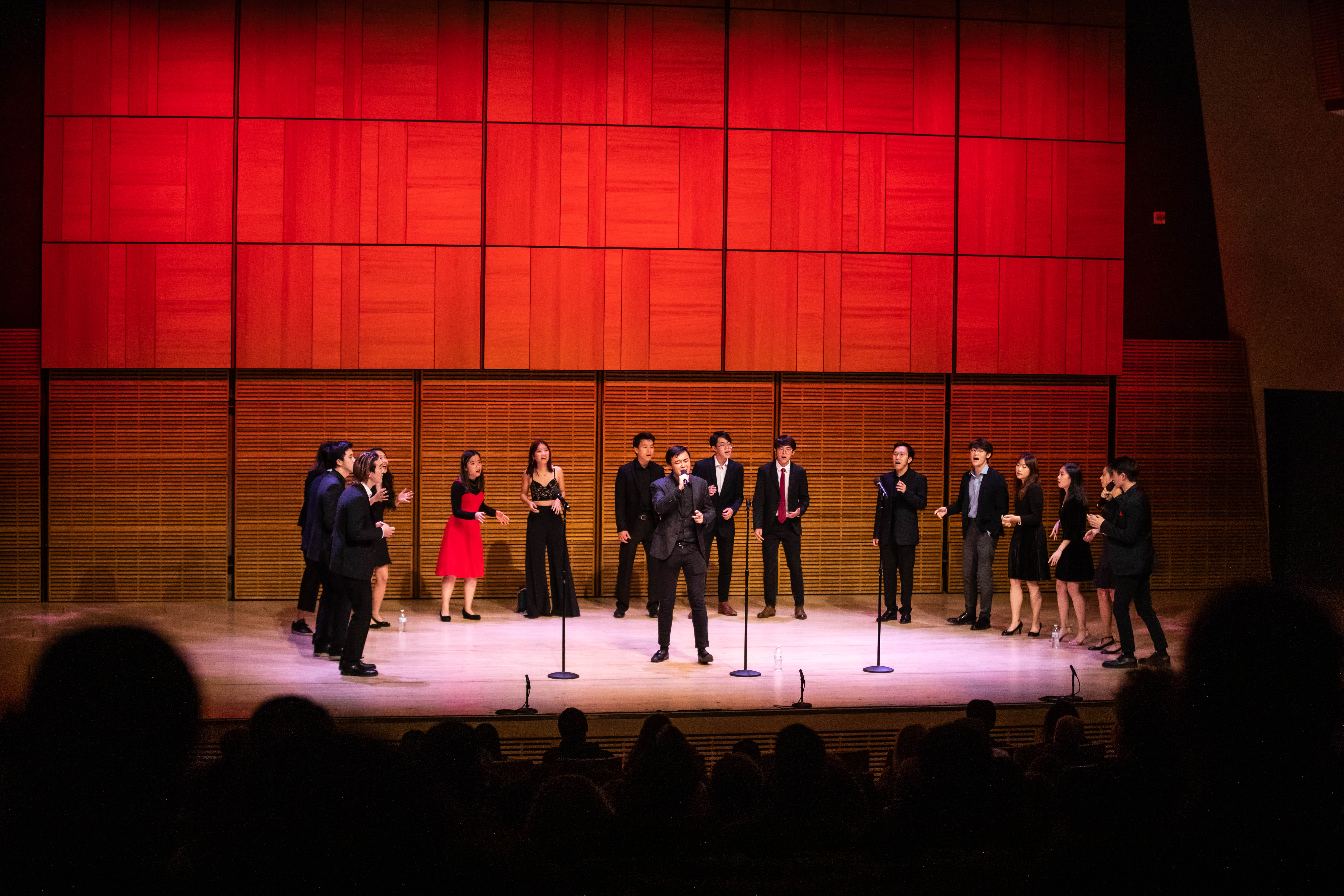 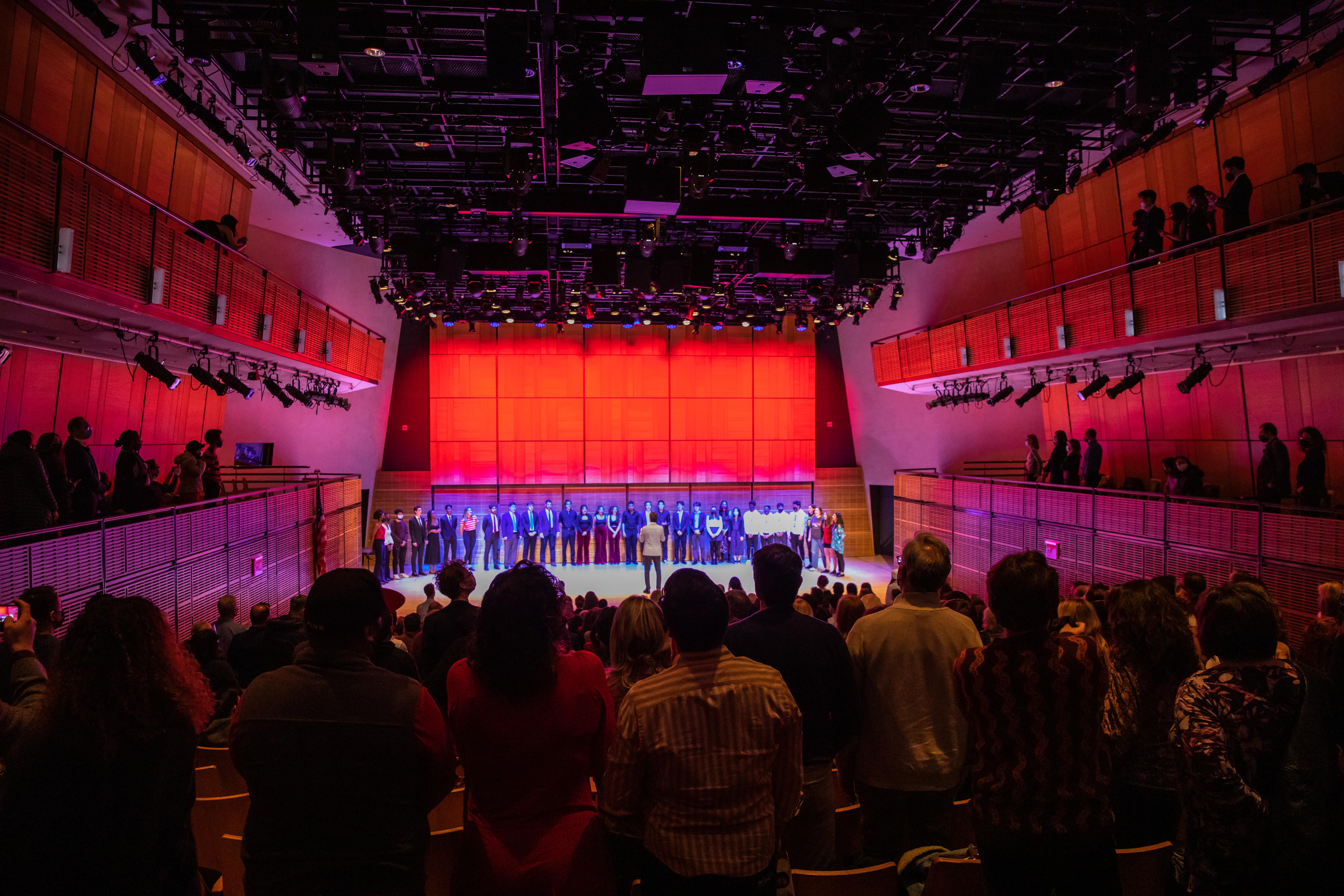 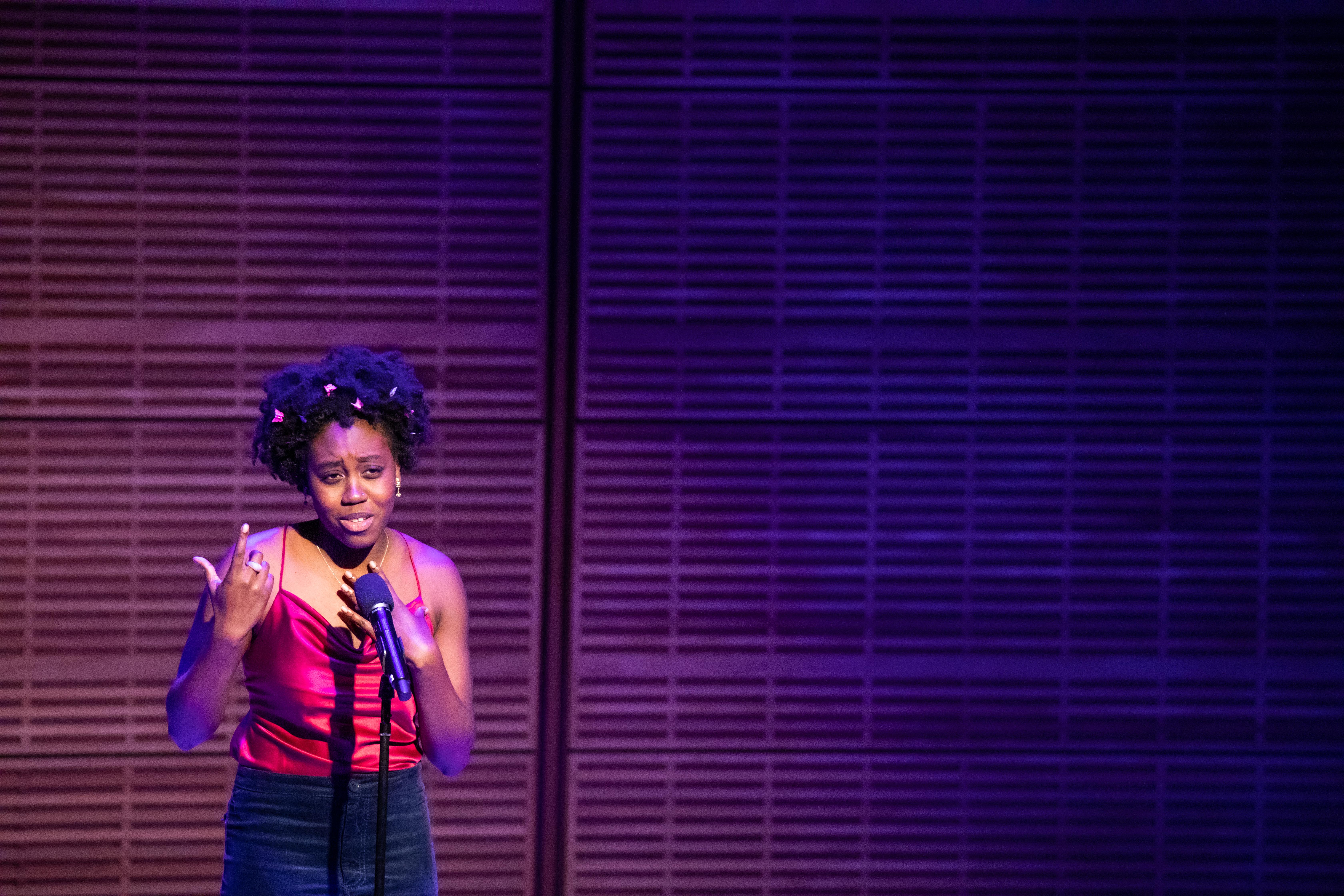 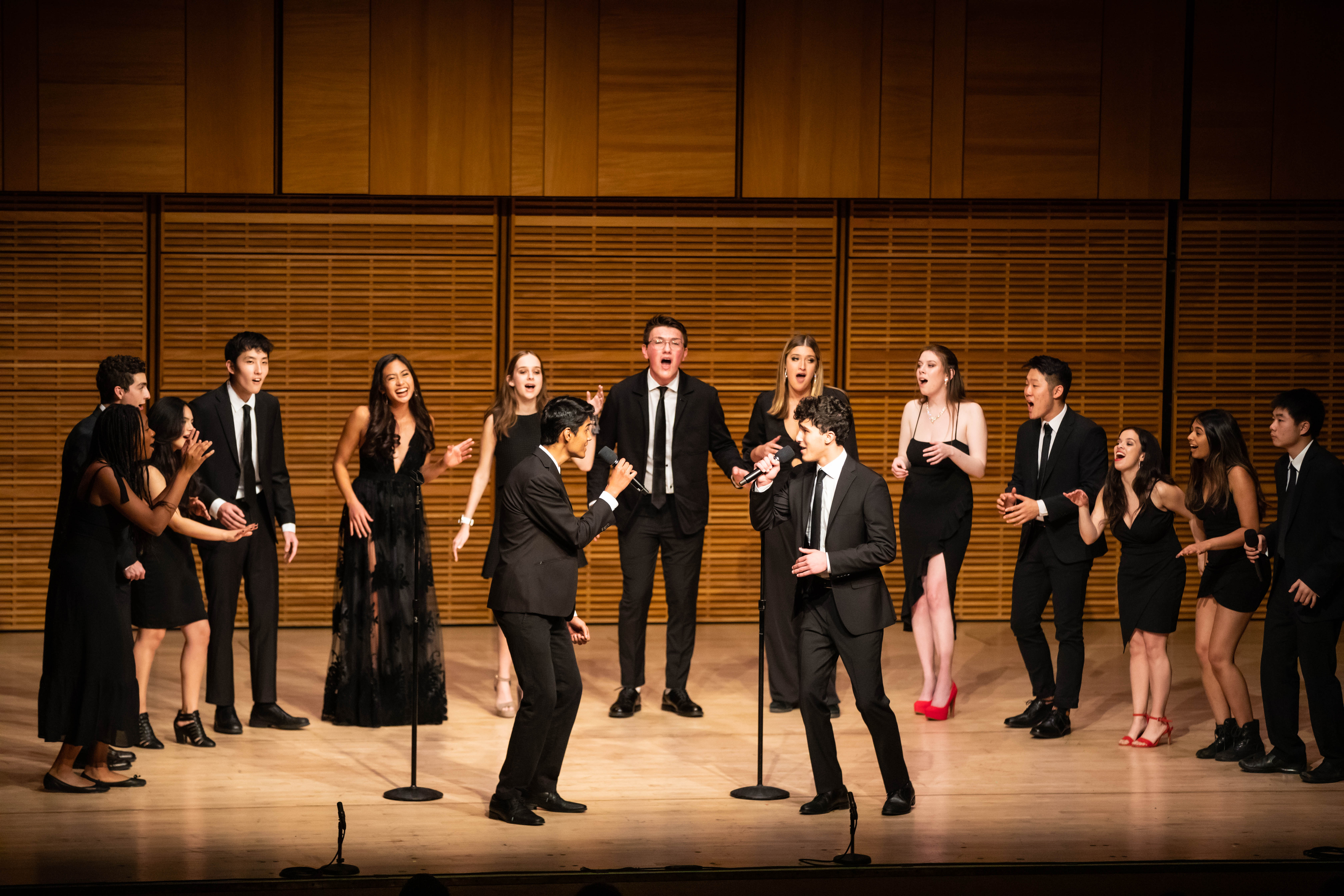 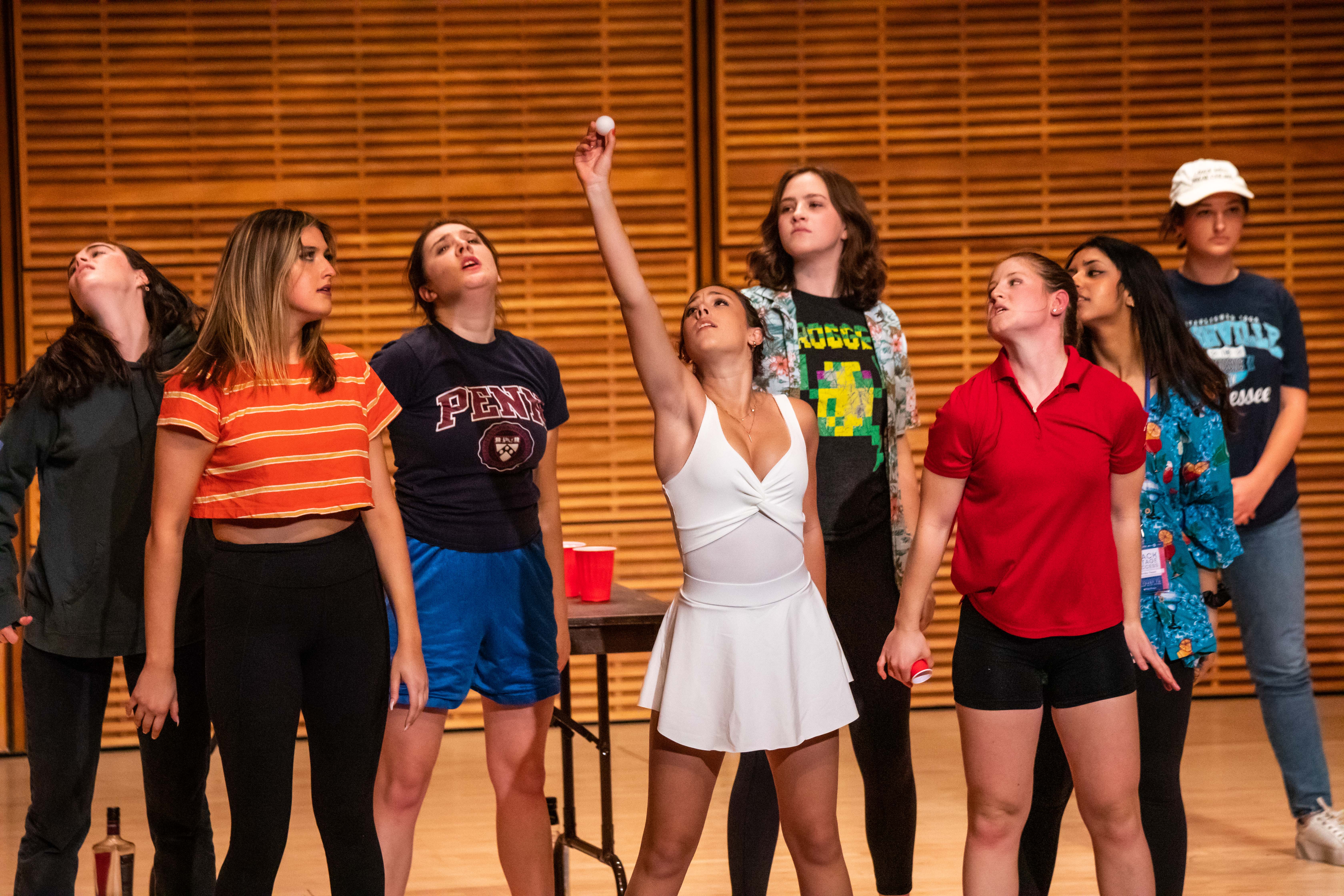