Alumni share their favorite campus spots—and how they found a niche at Penn.

Brian Peterson is the director of Makuu: the Black Cultural Center, housed in the ground floor of the ARCH building, one of Peterson’s favorite spots. While doing his undergraduate work at Penn (Peterson graduated with a degree in engineering), the ARCH building housed a restaurant called the Palladium. “I never went there,” he says. “The restaurant was in the center of campus, with the castle, and all the frats. … It was like passing through something that wasn’t really yours.”

Now, he says, “There’s so much that happens here: Sister, Sister and Black Men United [both discussion groups], Makuu’s open house, Penn Spectrum events. Having Makuu be in the middle of campus is representative of the work we do; how important it is.” 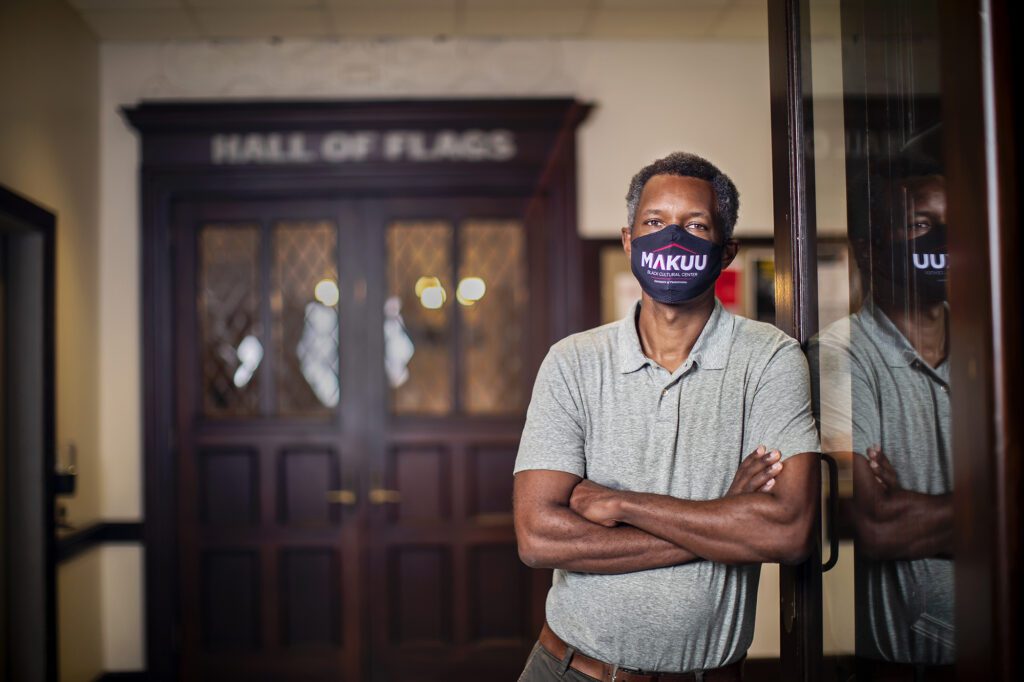 Makuu’s Kwanzaa celebration is traditionally held in Houston Hall’s Hall of Flags, currently being used for COVID testing, which Peterson loves for its “Harry Potter feel.”

“Kwanzaa is a great way to close out the semester,” he says. The event ushers students into the finals period “with a positive affirmation,” Peterson says. “We nourish you with food and have a great cultural reminder for why you are here.”