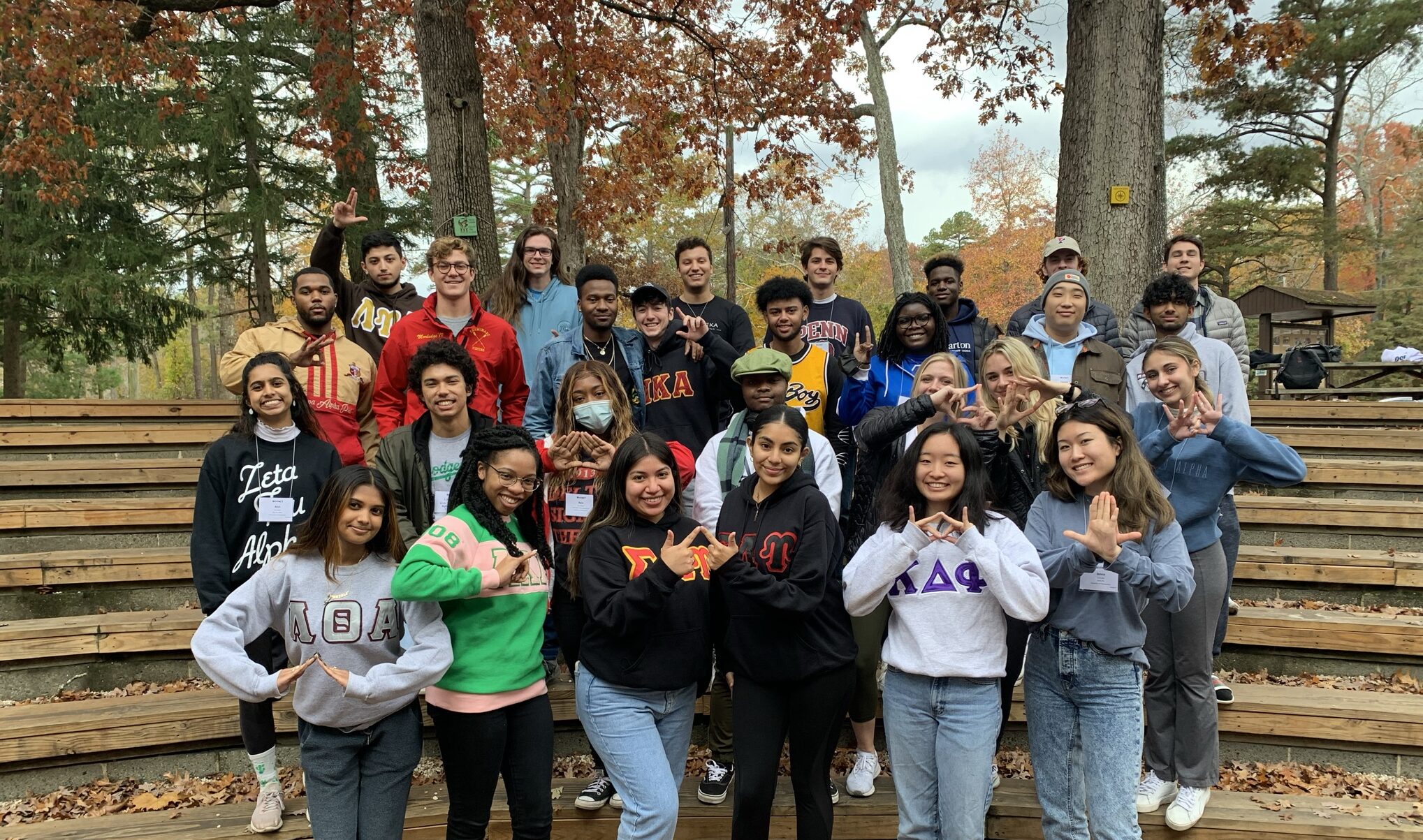 Jessica Ryan, Director of Fraternity & Sorority Life Leadership Community, was selected to serve as the Panhellenic Officer for the Sigma Delta Tau National Sorority Board of Directors for the 2022-23 academic year. Ryan will help drive the organization’s vision, in addition to serving as the Chief Panhellenic Officer to the National Panhellenic Conference (NPC).

She is one of three University of Pennsylvania Office of Fraternity & Sorority Life (OFSL) staff members to volunteer for their national organizations. Associate Director for Diversity & Co-Curricular Programs Janáe Tucker and Administrative Coordinator Rachael Garrett Canfield also hold positions with their alumni sororities on the national and regional levels.

In her role at Penn, Ryan oversees the OFSL staff to lead chapter and council advising, leadership development, and programming areas in fraternity and sorority life.

With over 15 years of experience at the Panhellenic level, Ryan brings a specific knowledge and passion for working with all 26 member organizations in the NPC. She said her volunteer roles strengthened her professional development at Penn by learning about fraternity and sorority life at other universities and working with students throughout the country.

“Sigma Delta Tau has connected me to so many people across generations and from many different backgrounds,” Ryan said. “Being able to volunteer alongside these individuals has truly enriched my life.”

Beginning as an undergraduate at the University of South Florida, Ryan has over 15 years of experience at the Panhellenic level. As a graduate student, she sought out volunteer opportunities with her sorority by connecting young alumnae to the Sigma Delta Tau Foundation. Her involvement expanded for the national organization, traveling to chapters throughout the country as a Recruitment Specialist. Later, Ryan became a Co-Recruitment Chair and Release Figures Methodology (RFM) specialist for the NPC.

“As a college student, involvement lays a foundation for leadership development, and the structure of fraternities and sororities provides that starting point to engage with programs offered on a national and local level,” Ryan said. “As values-based organizations, members learn a lot about their personal values, and their brothers, sisters, or siblings help their members stay on the path to align these values.

“When you graduate, that shouldn’t all just go away.”

Ryan has volunteered for the Sigma Delta Tau national convention that occurs annually or bi-annually. She has worked on the planning team, presented workshops, and spoken at several national conventions. Ryan said it has “taught me a lot about conference planning and developed my skills as a facilitator and speaker.”

Experiencing the behind-the-scenes and business side of national conventions has guided Ryan in her advisement of Penn’s fraternities and sororities. Involvement in the national fraternity and sorority community helps serve as a model for Penn students to uphold OFSL’s Pillars of Vanguard, Foundation, Compass, Relationship, and Impact. She encourages chapters to use their voice and speak up for positive changes in their national organizations. Ryan helps student leaders identify campuses to connect with at their respective conventions.

“When our students come back from a convention, they are often excited about a speaker they heard or a goal they have,” Ryan said. “As advisors, we take that momentum and help the student leader see their vision come back to life at Penn.”

For Janáe Tucker, being a member of a fraternity or sorority is more than just letters across a person’s chest

She has worked closely with her sorority on the national level. Tucker prepares convention speaking advisors, hosts receptions for alumni, and communicates with faculty members.

“For those that stay involved post-undergraduate, the work we do is because we love our organization and want to shape it with great leaders,” Tucker said. “It is most definitely all volunteer, so the love is real.”

Her experience working with national chapters provides her with real-life diversity, equity, and inclusion scenarios that she applies in her role as the Associate Director for Diversity and Co-Curricular Programs at Penn.

National conventions leave her reengaged and energized to come back to Penn with another level of advice and leadership. Tucker points to recruitment tips, interpersonal skills, policy updates, and creative Brotherhood and Sisterhood event ideas as takeaways from her involvement with Lambda Theta Alpha. She said she has gained “advice on how to push the narrative on fraternity and sorority life and its lack of identifying queerness or toxic masculinity topics that organizations usually don’t shed light on as much as they should.”

Her commitment to Lambda Theta Alpha national organization is part of her, and she expects to be involved more to raise funds for the organization’s national philanthropy, St. Jude’s Children’s Research Hospital. Tucker hopes her passion, pride, and charisma serve as a model for students to push hard for the fraternity and sorority community at Penn.

Canfield was appointed to a Budget District Director position at Kappa Alpha Theta at its national convention this summer. She will support chapters with creating budgets and ensuring compliance in a district spanning Indiana, Eastern Tennessee, and Kentucky.

She served as a volunteer alumnae advisor for Penn’s chapter for 12 years. Canfield volunteered regionally at the Philadelphia Alumnae Chapter as a member of the Foundation Reading and Scoring Committee. Canfield recently began her second stint as president of the University of Pennsylvania Advisory Board.

“Personally, I love giving back to the organization that did so much for me, and it was through my experience as a volunteer local advisor that I realized student affairs and fraternity and sorority advising was my passion,” she said. “I would not be working in this office today if I had not started as a volunteer alumnae advisor. I do this work because being in a sorority literally changed my life.”

Canfield currently serves as the Administrative Coordinator at OFSL. She is the human resources and business manager of the department. Canfield handles all financial matters and manages the OFSL Grant Funding Program.

Canfield believes her work as a young delegate of the Kappa Alpha Theta convention body has a large impact on the future of the organization. One of her sorority’s aims is to create the widest Influence for good, and she strives to live to that standard in her role at Penn. Canfield noted the philanthropic side of fraternity and sorority life has shaped her personal philosophy since she was an undergraduate student at Ole Miss.

By working strategically with partners across campus, OFSL lives up to its Vanguard pillar through high-quality programs and enhanced learning resources for students and staff. Canfield added that the department’s 40-plus national organizations work to help Penn fraternity and sorority members become leaders in their community, create inclusive spaces, and maintain their founders’ principles.

OFSL hosts more than 40 fraternities, sororities, and co-ed organizations that include 3,000-plus members. Its philosophy for an optimate fraternal experience is through an active, four-way partnership with each chapter and its leadership, alumni/ae members through advisory boards, national headquarters, and the University of Pennsylvania. This collaboration is essential to providing maximum support to undergraduate chapter members and leaders, and provides a strong, consistent message for the entire community. Visit the OFSL website on chapter information and how to join an organization.